How to Blow the Powerball Jackpot

Don’t waste your Powerball jackpot on smart investments; live extravagantly and blow the money on these wild ideas.

The Powerball jackpot pays out big bucks, and even the most frugal stand in line for their ticket. I’m due for a bit of good luck, so I reached out to my friends on how to spend my Powerball fortune.

I just finished publishing my four-part series on creating a Step-by-Step Investing strategy and wasn't looking for ways to make the money grow. I’ll be skipping right over the 1% and joining the ranks of the mega-rich, so I asked people what the wildest way to blow the money is.

How to Waste a Powerball Jackpot

So you’ve beaten the odds and won the Powerball jackpot. The Powerball people will withhold 25% for federal income taxes, and you’ll owe another 14.6% to pay the top tax bracket come April 2023.

If you’re lucky enough, and you must be to beat the odds of 1 in 292 million, then you live in a state with no income tax and can blow the rest of the money. That means roughly $561.72 million for your champagne wishes and caviar dreams. 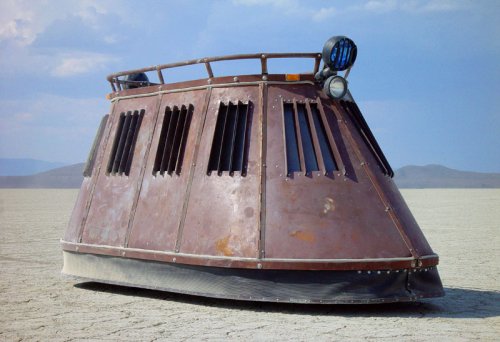 Jim sent a link to the JL421 Badonkadonk Tank on Amazon that looks way too much like Jabba the Hut’s floating palace to pass up. Surprisingly, something so incredible is also one of the least expensive items on the list…I’ll buy two!

I would buy an island to keep away from all the people who think they “know” me and need me to help them out financially. It would be a peaceful place with speedy internet service and good beer!

That's easy– I'd repurchase the island of Lanai from Larry Ellison. I'm sure he's getting bored with it by now. 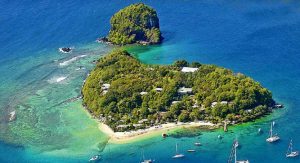 Many people said they would buy an island, most to get away from their new ‘friends.’ Good idea, but I’m a social butterfly, as long as the people on the island don’t know I’m uber-rich. Young Island Resort is a fully developed resort in the Grenadines with 12.6 acres and 29 private guest cottages. Okay, so it’s more of an investment and not a totally ridiculous expense, but I love the idea of having my own Fantasy Island!

Buy a castle in Europe. Renovate it to look medieval while having modern comforts like heating, air, and Internet. 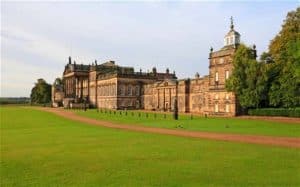 It turns out that Wentworth Woodhouse, the manor that inspired Jane Austen’s Pride and Prejudice, is up for sale. Built for the First Marquess of Rockingham in 1725, I’ll be rocking the 365 rooms in a house twice the size of Buckingham Palace!

Cost: £7 million plus estimated repair bill of £42 million (that’s $71 million to us Yankees)

I'd tell everyone I know that I won via a giant billboard that mocked my enemies by name. Then I would head to the estate where they film Downton Abbey, purchase the place, and recreate the entire experience, complete with vengeful maids and 1910s costume jewelry.

Hmmm, am I the only person left not watching Downton Abbey? I’ll have to buy the box set and watch it at Wentworth Woodhouse.

I'd buy 1.4 billion more lottery tickets to compound my wealth.

I like Joe! A few people said they would run to Vegas or buy more lottery tickets. Sounds good, but then I’d be stuck wasting even MORE money. Like the man said, “Mo Money, Mo Problems.”

Use it all in a payment to contribute to paying off the national debt, maybe an hour’s worth.

Jason is a patriot, but he’d be hard-pressed to make a dent in the national debt which increases by $31,558 every second. At that rate, all my Powerball winnings would pay less than five hours of debt. Just a minute, I just paid more than $368 million in taxes! Forget it.

Buy myself a cable network and create my version of the news. Oh wait…that's been done a few times, hasn't it? Maybe I should hand out million-dollar tips every time I dine out.

Joining the ranks of the mega-rich, my opinion suddenly matters and needs to be heard. I might not be able to afford NBC, but I might be able to buy RLJ Entertainment, described on its investor relations page as an owner, developer, licensee, and distributor of entertainment content and programming in North America, the United Kingdom, and Australia. The company already has a mystery series, Foyle’s War, through its UK development arm.

Maybe I could do a reality series of my life at Wentworth Woodhouse? Sort of a Keeping up with the Kardashians meets Downton Abbey?

Cost: $7 million (RLJ market cap – p.s. this is not an endorsement of the stock!)

Spend it on an offer I have from a Nigerian National Petroleum Company.  They have recently drilled $40 million worth of oil in the sub-Sahara region.  They also want to dig for oil in the U.S., but given that our country doesn’t allow non-citizens to transfer money to U.S. accounts, they need me to help them open up an account with only $100,000.  They will then be able to fund it entirely and will pay me a commission of $4,000,000!!

Ok, this isn’t a waste of my Powerball Jackpot but a significant investment! I’m in all the way.

I had a few ideas that I wanted to get in before I blew all my Powerball jackpot.

We were supposed to have flying cars already…thanks a lot, Back to the Future 2. It turns out Terrafugia sells a ‘kinda’ flying car that’s on pre-order for $280,000 and expects first deliveries sometime this year or next.

All the rich people I see on TV are always buying expensive shoes. I like my comfortable sneakers but want to get some diamonds for the soles of my shoes. A one-carat diamond has a diameter of roughly 6.5 millimeters or about 0.25 inches. To cover approximately 45 square inches of each sole, I need 1,440 diamonds at $1,400 each for a total of $2,016,000 to strut in style.

I drink about a pot of coffee a day. Until now, it’s been the cheap stuff, but I think I can afford to drink the best after winning my hard-earned Powerball fortune. Kopi Luwak (the cat-poop coffee) is the world’s most expensive coffee at $1,000 per kilogram. I’m going to need about 45 kilos to last me a year for $45,000 to keep this rich boy awake.

Jonathan Vargas bought the all-female professional wrestling company Wrestlicious with his $35.3 million Powerball jackpot in 2008. I’m not a fan of wrestling, but I think I could learn. 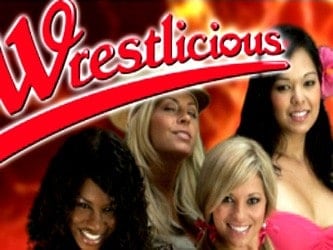 I’m going to buy a stake in a sports team, produce two movies, build an authentic castle with a moat and spires….and, oh yes, a Star Wars hotel and casino.

There’s a lot here, but I do like the idea of buying a sports team. People tell me I look like Mark Cuban except bald, short, and pale. I won’t be able to afford much, but I might be able to pick up the Milwaukee Bucks NBA team for an estimated $405 million, according to Bleacher Report.

Buy up a few thousand acres of land and create a theme park of swimming pools. Attendees can choose from pools filled with cheese dip, glitter, packing popcorn, gold dust, or water.

Buy a home for every month! April in Paris, the cool London nights of June, New Year’s in Hong Kong, and so on.

This is one of my favorites. A real-life Brewster’s Millions! (Richard Pryor, we miss you.) President Obama and Mitt Romney spent an average of $989 million during their 2012 campaigns. That’s a little more than I have left to spend. Maybe I can run for Mayor somewhere.

Ok, so it wasn’t a complete waste of my $1.5 billion Powerball jackpot. I’ve got a lot of cool houses, a bizarre water park, and a shot at being the leader of the free world. Maybe I will keep $2 out to buy another Powerball ticket.

Your turn, what would you spend your Powerball fortune on?

5 of the Best Money-Making Ideas of the Year

3 Phases, 14 Ridiculously Simple Steps on How To Write a Book