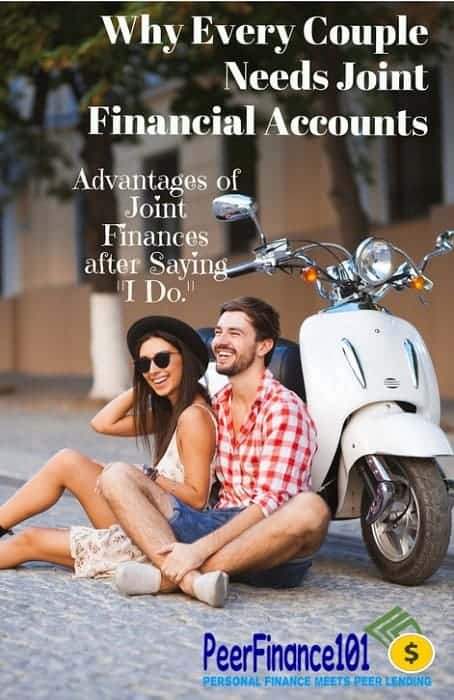 The traditional view of merging finances with matrimony seem to be less enduring. Millennials are less likely than older generations to have joint accounts after marriage.

Are Millennials being financially savvy or missing out on big advantages to joining accounts?

Should you keep joint accounts with your spouse or is it easier to stay financially independent?

Why You Should Join Your Finances When You Join Your Lives

There are several advantages of keeping joint accounts after you get married, including emotional as well as financial advantages.

Joint accounts give each partner access to the resources they need to pay bills, use financial tools and bare their part of the responsibilities. Having separate accounts risks one partner having to ask for money or feeling dependent on the other for help.

Keeping joint accounts make it easier to track all your finances and less likely you’ll run into any financial ‘surprises’ like missed payments or one spouse hiding something from the other.

Joint accounts also make an emotional statement between the couple about trust and attachment. I’m not saying couples with separate accounts don’t feel like they can trust each other but I think it’s difficult when finances are yours and mine instead of ours.

If one spouse passes, separate accounts may have to pass through a will or even through the estate process which could make it difficult for the grieving spouse to get support they need for a period.

Couples with separate accounts should also understand that having different bank accounts doesn’t make your finances legally separate. You will still be responsible for debts and other financial responsibilities of your spouse while you’re married.

Whether you keep separate or joint accounts, you’ll still need to talk about money regularly with your partner. Arguments about money are reported as the leading cause of divorce so talking through your money problems before they become a fight is crucial to any marriage.

Joining your finances doesn’t guarantee a blissful marriage and there are some drawbacks.

Joint finances mean joining debts as well and one partner may feel obligated to paying off the pre-marriage debt of the other.

Joining finances also means explicit financial responsibility for your partner. If one partner earns far less than the other, resentment can build for fairness in the relationship.

How to Talk to Your Partner about Joint Finances

Whatever you decide, it’s important to talk to your partner about joint and separate finances before marriage. Don’t just assume that your partner agrees with your opinion on keeping things separate or creating joint accounts.

If you can’t talk about money now, you’re definitely going to have problems in the future.

1) If you plan on separate accounts, how will you manage saving for joint goals like retirement and vacations?

2) How will you manage joint expenses like the mortgage, household expenses and childcare?

3) If you’re planning on joint accounts, talk about your spending habits and what level of spending is fair for each partner.

4) If finances will stay separate, how will you pay for financial emergencies?

If one partner feels strongly about joint accounts while the other wants to stay separate, consider an in-between solution. Create a joint account that will be used to pay debts, bills, other living expenses and some joint savings. Each spouse also gets a separate bank account with a certain amount deposited each money from whatever is left over for ‘fun’ money.

Of course there are good reasons for separating at least some of your finances as argued on Femme Frugality here. She makes the case for separate finances as insurance against something that happens to half of all marriages.

While I think joint accounts are the better choice, it doesn’t mean separate accounts can’t work for couples. It’s not a sign of a weak relationship or setting the marriage up for failure. Some people just like a little more financial independence. Don’t overlook the advantages of joint accounts though and consider creating at least a few accounts you can manage together.