Stop Saving! Don’t save another penny until you’ve read this?

Stop sacrificing and saving money until you have a clear vision and all the motivation you need to reach financial goals.

This post is a PeerStory from reader Doug Pearson out of New York. Doug wrote in after reading about my first money blunder and how my failure to set realistic financial goals caused me to fall into the financial equivalent of yo-yo dieting.

Doug’s story is a great one and something to which a lot of savers can relate.

Saving money without a real goal in mind is a road trip to nowhere. Without a clear vision of your financial goals and why you’re saving, you’ll never find the motivation to save enough money. Go beyond the vague ideas of retirement with a real mental picture of what life will be like when you’ve reached your financial goals and you’ll be halfway to achieving them.

Help! I just can’t seem to save money!

Growing up just outside of New York City, my family was pretty frugal by most standards. My father taught us to save for the proverbial rainy day and my mother pinched pennies anywhere she could. They were great role models which made it all the more surprising when I got older and discovered I just couldn’t seem to save any money.

I’ve got a good job as an administrator at a local hospital and should be able to put money away. I’ve drawn out a budget several times and found plenty of room for saving but there just wasn’t anything left at the end of the month.

Then one month, desperate to find out why I wasn’t seeing my savings grow and terrified that I would never be able to retire, I sat down to really think about it.

You know what I discovered? I knew that I needed to save for retirement and wanted to put money aside for vacations and a little fun along the way, but I had no idea what any of these things really looked like.

Not having a visual goal or a strong idea of why I was saving meant that I wasn’t really motivated to save. I would end up blowing all my money each month and not saving, because it really didn’t matter to me if I met my saving goals!

Everyone knows they should be saving for retirement. A lot of people try to save extra for other financial goals like vacations, special projects or just whatever life may bring.

But unless you really think about what you want and how much it’s going to cost, it’s like getting in the car for a road trip and just saying, “I want to go to Nebraska!”

If you don’t think about where in Nebraska you want to go or why you want to go, you’re probably not going to be very excited about the trip. (Note: I’m from Nebraska and fully realize that most people would never say, “I want to go to Nebraska!”)

Saving for some hazy idea of a retirement three decades from now is the same thing. Making a savings plan that puts away a lot of money isn’t much of a plan if you don’t know what to spend it on. Nobody looks forward to the word retirement or to getting older, they look forward to spending more time with family or traveling or just going fishing. It’s these visual images that really motivate people to save money.

How to really save money

To really save money, to even be excited doing it, you need to get that clear picture of yourself enjoying the money when you reach your goal. 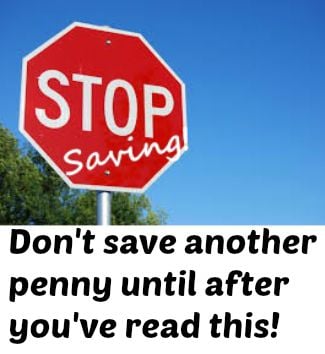 To do that, you need to think about what really makes you happy and how much it costs. It may sound odd but I didn’t really have an answer for that question when I first thought about it.

I have made my work so much a part of my life and lived frugally for so long that I really didn’t have many big-ticket items for which to save. I spend money but it is always on little things that really don’t do much to make me really happy.

My first task was #10 on the Financial Freedom checklist on PeerFinance101 – find out what retirement looks like to you. I love working at the hospital and don’t think I could ever fully retire from helping people in need.

Thinking about some of the things that I’ve enjoyed most through my career, I realized that I would really like to volunteer or work part-time for a hospital in a developing nation. I get my sandy beaches while still being able to help others and maybe even make a little money part-time. I’ve got a whole picture in my head what I will do on a daily basis and even a few ideas of which countries I want to visit.

Having these two goals, really visualizing them and making them more than just an idea, I am so much more excited to save money. I get ten times the enjoyment thinking about these two goals than I do from a hundred little ways on which I used to waste money.

Make your own goals real like this and you’ll feel the same way. Put together an image of what you will do, where you will be, the sights and the sounds that you’ll experience when you reach your savings goals. This image will carry you through even the most difficult times in your budget and you’ll be happier for it.

Selling on Amazon FBA for Your Chunk of $11 Billion

How to Get an Unsecured Business Loan