What on Earth is an NFT!?

What Does NFT, Even Stand for?

NFT’s have been an emerging trend for about 3 years now, but what you may not know is that they’ve actually been around since 2014! Although I’m sure some of you reading this may know what NFT’s are, my guess is that a large majority of you have no idea and are feeling completely lost! If that’s you, don't worry! I’m here to help!

At a very high level, an NFT is a digital asset that is stored and secured typically on an Ethereum Blockchain digital ledger, although other blockchains have the capabilities of holding them as well. NFT’s can come in many different forms and can represent a variety of things that can represent both tangible and intangible items. These can include, but are not limited to the following:

Think of it this way – an NFT is basically just a collector’s item, but rather than having physical ownership you can have digital ownership.

A lot of people often question how it is even possible for one person to own the digital asset if anyone in the world can simply screenshot or screen record it and then hold it themselves for free. Unfortunately, it is not that simple. Every original digital asset that is put out and minted as an NFT has been digitally signed by its creator before being uploaded to the blockchain. To put this into perspective, we’ve all seen varying copies of the Mona Lisa floating around as prints, but just because you own a print that looks identical to the real copy, does not mean you own the Mona Lisa. You have simply acquired a copy of it, and everybody knows that only the original copy holds great value.

If you are looking for some extra funding before you decide to purchase an NFT and have already established a strong credit history, you may want to consider looking at BlockFi. BlockFi is a lending platform which provides financial solutions for anyone who wants to start investing into cryptocurrency. This company will allow you to get loans with interest rates as low as 3% to 8%.

Earn up to $250 instantly when you open an account on BlockFi and invest in cryptocurrencies!

Okay That Makes a Bit of Sense… but What is The Point of an NFT?

For hundreds of years, art has been bought, collected, and flipped because it has stored a certain level of value depending on the piece. NFT’s are simply a modern approach to collecting art or digital assets for investment purposes.

As our world turns more digitally enabled, digital approaches to replace almost anything are becoming extremely popular and heavily favoured by many. In fact, the NFT space is growing so rapidly that the market for NFT’s has broken record highs in the second quarter of 2021 with 2.5 billion dollars in sales and continuing on an upward trend. These numbers are up from just 13.7 million in 2020.

It really depends on who you ask, but most NFT collectors will tell you that they are bullish purely for the intrinsic value and cultural significance of the digital asset or their speculation is based purely on fundamental investing analysis with the rising prices of cryptocurrency.

From the perspective of an NFT artist or seller, NFT’s give them the opportunity to monetize their work on a digital platform and global scale. One of the toughest parts of an artist’s job is countless emails, phone calls and interviews to get their artwork into a preferred gallery and then wait to see if someone wants to buy it. Even if someone does want to buy it, the gallery will always take a cut. NFT’s are a great solution to get around these pain points for artists, as it gives them the opportunity to sell directly to the consumer and increases their audience to a global scale. Additionally, artists have the choice of programming royalties into the original copy of the digital file, so that every time the piece is resold to a new owner at a premium, the original artist gets a percentage from the sale.

How Much Are NFT’s Worth?

To determine the value of an NFT we can refer to a very simple equation:

The value of an NFT will always be weighted somewhat differently across these four components, as there are other important factors to consider such as whether a previous owner or the creator has a large influence in the public eye. For example, if I went ahead and created a digital asset that was minted as an NFT and then Logan Paul went ahead and created the exact same digital asset that was minted as an NFT, who’s NFT do you think would be worth more? If you said Logan Paul, you are correct. In fact, Logan Paul has already ventured into the crypto space with the launch of his own NFT collection, which has already sold for a whopping $5 million.

Before getting too deep into the cryptocurrency space make sure that you are well aware of ‘do’s and don’ts before you begin investing. Additionally, if you’re wanting to begin investing in cryptocurrency, but you don’t currently have the liquid funds for it, you might want to consider a personal loan. PersonalLoans.com is not a lender itself but a website that connects lenders and borrowers for better rates

Click to check your rate on a personal loan up to $35,000 – Won’t affect your credit score.

What Are the Most Valuable NFT’s?

There is no avoiding these CryptoPunks, they are all the rage in the NFT world! These CryptoPunks were developed by John Watkinson and Matt Hall and were some of the first ever NFT’s released on the Ethereum blockchain. They are made up of 10,000 unique digital characters. The reason that CryptoPunk #7523 held so much value because it was one in an alien series that only produced 9 pieces. Additionally, as you will see in the photo below, this CryptoPunk is wearing a mask, which is a staple to our time with Covid -19 and something that will go down in history, therefore increasing its value. 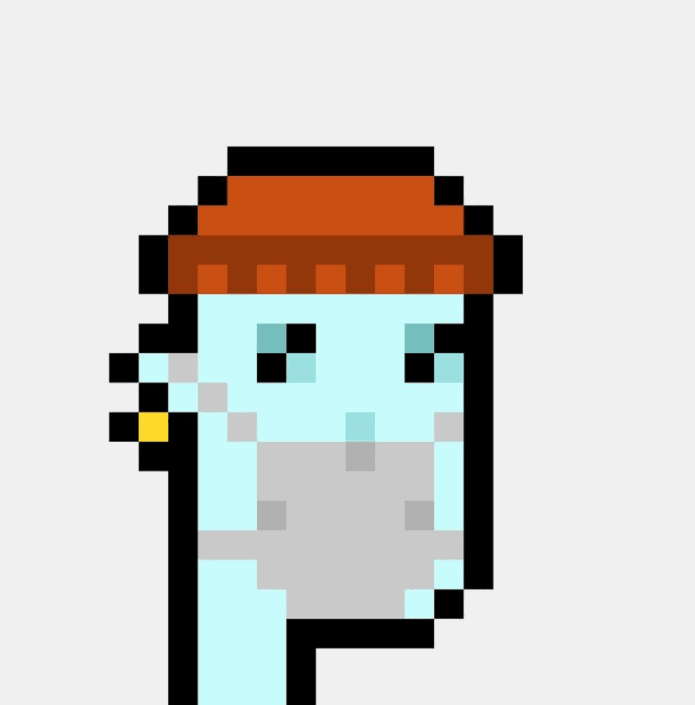 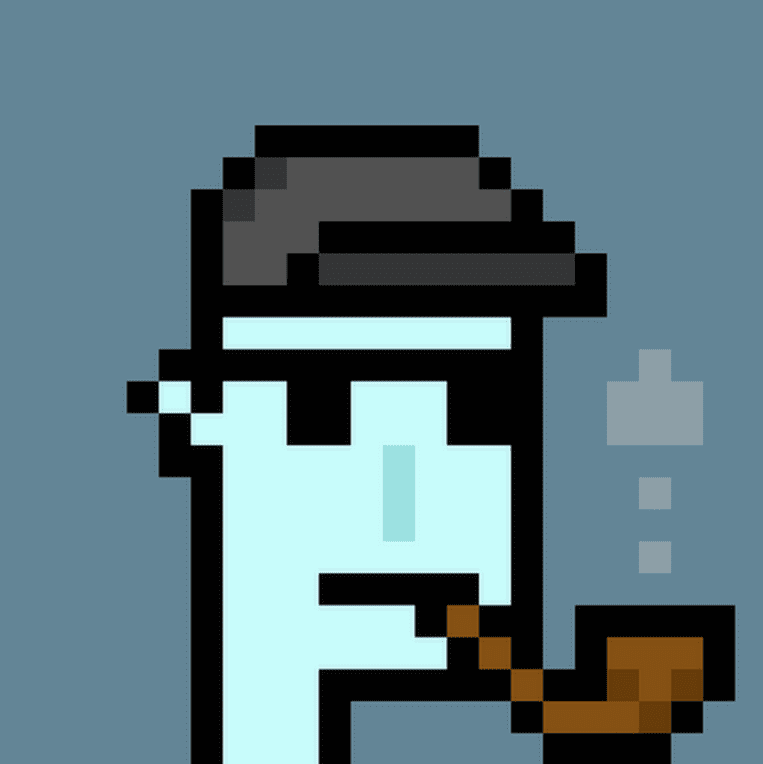 How do I buy an NFT?

Well first things first, an NFT cannot just simply be bought with a credit card online. NFT’s are bought and sold using cryptocurrency, which means you will need to open a digital wallet! Some of the most popular digital wallets include the following:

Once you have downloaded the digital wallet of your choice, educate yourself on the various risks of crypto and then you can begin buying your cryptocurrency and storing it in the wallet until it is time to buy your NFT. Do keep in mind that when you purchase your cryptocurrency, most of the crypto exchanges will take a percentage from the transaction.

Once you have your digital wallet set up and you’ve purchased your cryptocurrency, you can start browsing through millions of NFT’s!

Opensea is the most widely known NFT platform, as it was “the first and largest marketplace for user-owned digital goods.” Opensea was founded back in 2017 and has since been involved in over 1.5 million transactions and holds a $1.5 billion valuation.

Foundation is a brand-new platform (2021) that has soared into popularity after being responsible for the sale of a viral internet meme “Nyan Cat.” This NFT platform will only accept payments using Ethereum via a MetaMask wallet.

Rarible is very user friendly as it offers a very similar layout to Spotify in that it features current hot sellers, the hottest collections and hosts live auctions on the platform.

Not only does Mintable have an incredibly easy to use platform, with a similar layout to eBay, but it is also heavily backed by Mark Cuban and Marc Benioff, which has drastically increased its popularity. Interestingly, although most NFT marketplaces are built solely on an Ethereum blockchain, Mintable is built on both the Ethereum and Zilliqa blockchains.

So, What is the Blockchain For?

As previously discussed, NFTs are Non-Fungible, which means that they are unique and cannot be copied. Since anyone, anywhere could technically just screenshot an NFT there has to be a way to identify who the original owner is. The blockchain is what allows for this to happen.

Blockchain essentially acts in the exact same way that it sounds. Blockchain literally stores data in blocks that are then chained together in chronological order to fulfill a timeline of data that can never be deleted.

As shown on Investopedia, the official process of the blockchain works as follows: 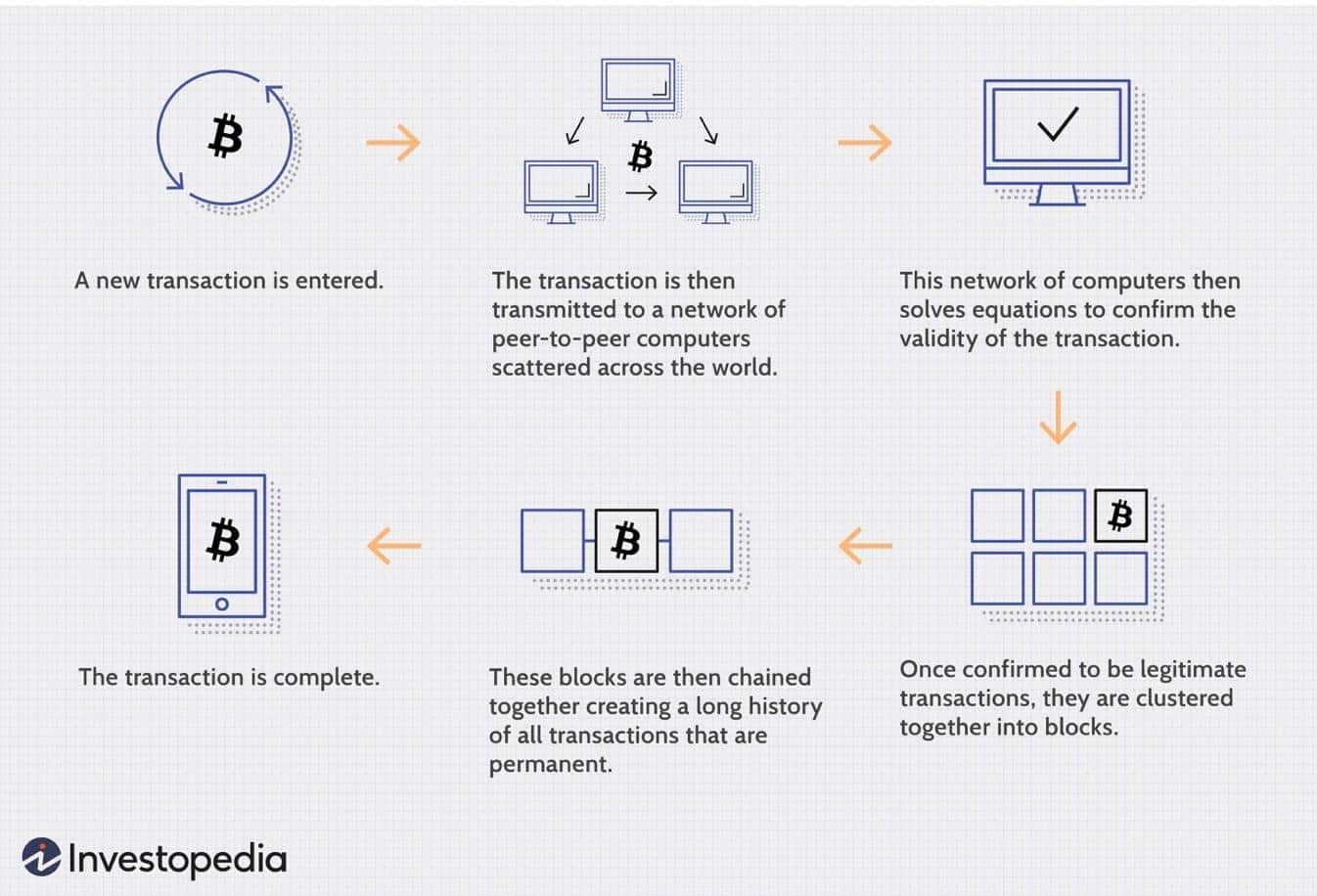 What Are You Waiting for?!

Whether you are an artist, a seller, or a collector, get involved in the world of NFT’s before its “too late.” Anyone can start selling or creating at any time. All you need is a digital wallet and some Ethereum to get you started. Don’t be one of those people who looks back in 5 years and says “wow, if only I had bought in when it was only $x.”

The final thing I will note is that before diving headfirst into NFT’s, make sure you understand the risks associated with purchasing these digital assets. When it comes to investing, a smart investor will often look at both fundamental and technical analysis to judge the historical performance of a stock. We do not yet have the historical data on NTfs to do this.

Additionally, keep in mind that an NFTs value is one hundred percent determined by how much someone else is willing to pay for it. Again, this means that the economic indicators will not help you to determine whether you should buy or sell at a particular time and if you do decide to sell it, there is no guarantee that somebody is going to buy it. That being said, just make sure you do your research before making any big decisions, but also remember that you miss 100% of the shots you don’t take. Good Luck!!

If you’d prefer to play it safe with your investments, then you may want to consider looking into some less volatile stock options. If this sounds like you, take a look at this video, which is one in a four part series that I’ve created in partnership with The Motley Fool to help start your investing journey and build out your portfolio. I’ll be putting all four videos into a special playlist on the channel called ‘Ultimate Guide to Start Investing’.

FREE Report! See the 5 Biggest Stock Positions in My Portfolio! Five stocks I’m investing in for the biggest trends of the next decade! Don’t Miss this Free Report – Click Here!

Work at Home Secrets: How to Be Productive Working from Home?