Ever try a debt payoff plan only to end up with more debt than you started? Tired of being on that hamster wheel of interest and debt payments that don’t let you get out ahead?

A survey by Money magazine found that two-in-three Americans started a plan to pay off their debt in the last year and 60% failed for one very important reason. By the end of this video, you’ll know what causes people to be trapped by their debt and how you can break that cycle.

In fact, I recently interviewed a friend, Chonce Maddox. She used the strategy to pay off more than $30,000 in debt in less than three years as a single mother on an income of just $35,000. We’re talking debt payoff today on Let’s Talk Money.

Today starts a very important video series, over the next three months we’ll be focusing on beating debt for our Monday videos. It’s going to be an entire series on ditching your debt from creating those goals that are going to motivate you to some tricks I’ve learned to pay off debt.

Think of it like a TV series, at the end of this season, you will have all the tools you need to finally get out from under that crushing debt. I'll be putting these videos in a special playlist on YouTube so you can watch them in order and come back whenever you need.

Finally Get Out from Under Debt 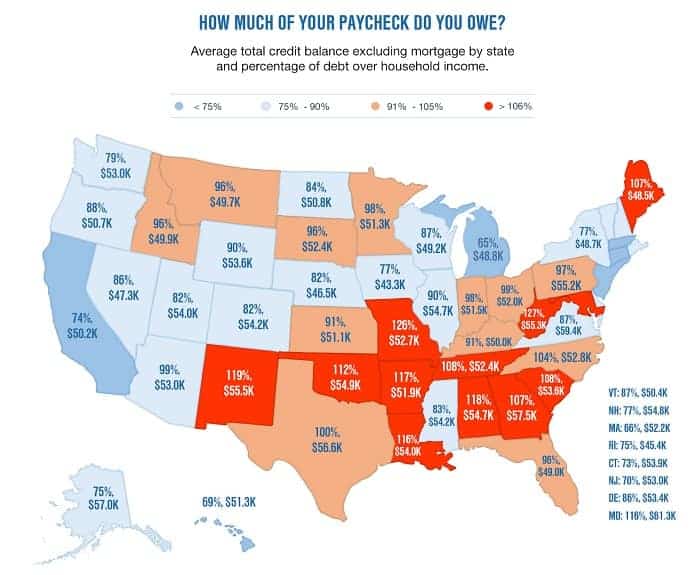 That means one in every five dollars you make goes to making monthly debt payments. Just think about that. If someone came up to you and told you they could give you a 20% raise…you’d be excited right?

Your damn right you would! And that’s what’s going to happen when you pay off that debt and one out of five dollars earned isn’t lost every month.

You see, debt traps you into a cycle of living paycheck to paycheck. If you’re losing 20% or more of your income every month to debt, you sure as hell aren’t able to save up any money or invest it. It’s just a matter of time before an emergency expense pushes you into bankruptcy.

The worst part about debt though is that it makes you a slave to the job. It means you NEED your job, no matter how crappy it is or how much you hate it. You can’t take some time to find that job you’re going to love. You’re going to spend a third of your life, eight hours a day, miserable.

That’s the real tragedy of being in debt.

And that’s why I’m so excited to get started on this series, to give you everything you need to beat your debt once and for all. And when I say everything, I mean everything. Besides a strategy I’ll be talking about in this video to motivate you no matter how tough things get, in future videos I’ll be showing you how to make saving money to pay off debt so easy it feels natural and some tricks that will save you thousands in interest.

The #1 Reason People Fail at Paying Off Debt

So let’s talk about how to stay motivated to pay off debt, how to be able to save money even when all your friends are going out, how to make your debt payoff journey something that drives you.

And that is so important here. Most people start trying to pay off debt by making a budget or writing out all their debts.

Now how much fun does that sound like? That’s about as fun as getting your first prostate exam.

Not having that motivation to pay off debt is the #1 reason people fail. It all but guarantees you fail at paying off the debt because why the hell are you doing it? Oh you don’t want to be in debt, so what. You want to be able to save for your future, what future?

How to Find the Motivation for Debt Payoff

The very first step in your debt payoff plan is setting those financial goals, creating the why for your debt payoff. Now I’m going to give you some ideas here and we’ll talk about exactly how to do this in a second but it goes way beyond just making some vague goals.

We’re not talking about goals like, “I want to be debt free,” or “I want to go on a vacation to Paris.” That’s a start but it’s not going to be the motivation you need to keep saving, to keep on your debt plan and to pay off your debt.

Making your goals be your motivation means making those goals real. We’re talking breaking down every part of your goal, visualizing it, making it so real you can physically experience it. That’s no shit, I’ve worked with people to visualize their goals almost to the point they felt like they were already there, to the point of being able to feel the warmth of the sun and smell the ocean breeze.

When you make your goals real like this, that’s going to be 100-times more powerful than just saying, “I want to retire early.” Anytime you start to stray from your budget, any time you get tired of paying off debt, you’re going to be able to take out this mental picture and that experience of your goal is going to be all the motivation you need.

When our son was born, we had over $12,000 in credit card debt. The monthly payments were almost $500 and I was worried about how we were going to pay for the necessities like formula and diapers, not to mention all the things I wanted him to have.

My goal wasn’t just to pay off the debt so I could give him the opportunities I never had. My goal was sitting there at his graduation, as he walks across the stage. It was remembering when we were able to get him a tutor to help pass that math class. It was being able to afford the extra-curricular activities that he loved doing and helped him build the self-confidence that I never had. 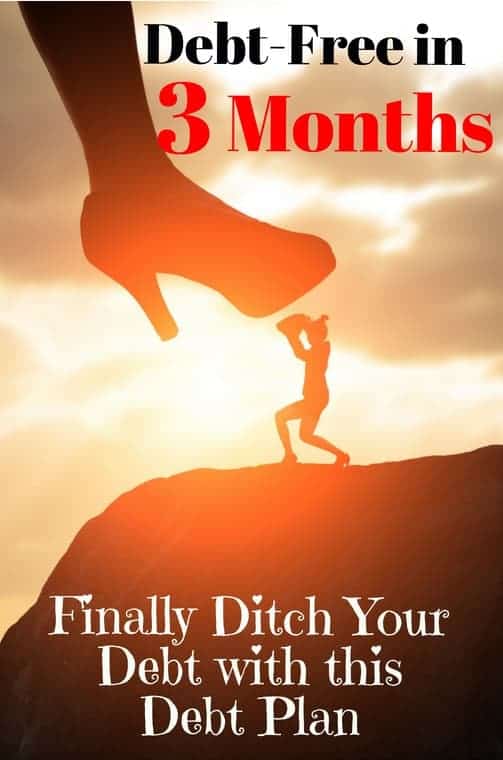 Having that goal, those mental pictures, helped me pay off that debt in less than two years.

I’m going to walk you through how to make those goals all the motivation you need. Use this step-by-step and you’ll never have to worry about sticking to your plans. I want you to get a pen and piece of paper. Don’t just think of these in your head, don’t just type them out on the computer. We’re going to write your goals out so they become real.

First, write down three big goals you have in life. These can be retirement, your kids education, that dream vacation, anything. We’re talking big picture here, you don’t have to be too specific.

Now for each one of those goals, you’re going to imagine a story around it. Close your eyes and start building a picture.

Another example, if your goal is your children’s education, what university are they attending? Imagine them in class, what class is it? What’s their major? Now imagine them graduating and having the world open up to them because they were able to go to that school.

After the video, you’re going to write out your picture for each of these goals. Be as specific as possible, down to the weather, down to how you and the people around you feel.

Next, take an honest look at your debt. How likely is it that any of those three goals are going to happen if you can’t get out from under that debt? Are you going to be able to retire and live that mental picture if you’re paying a grand a month on debt?

You know the answer is no.

So imagine how life is going to be if you don’t stick with your debt payoff plan. You know how amazing it can be if you realize those three goals, now imagine your life working into your 70s or imagine telling your daughter she’s never going to have those opportunities.

It doesn’t have to be depressing. You don’t have to imagine being trapped under that debt if you commit to paying off your debt. Commit to using this debt payoff plan we’ll be talking about in the video series on this channel.

I know it doesn’t feel like you’ve made progress on your debt yet but believe me, you just guaranteed your success. Creating that mental picture of your goals is setting yourself up for success. That doesn’t mean it’ll be easy, following the three-month plan we’ll talk about and paying off your debt, but whenever you feel like you need some motivation, you take out that mental picture.

Go back to that sunny day, you’re sitting on your back patio watching your grand kids play and talking with the neighbor. Go back to your son’s classroom where they’re getting the opportunities that you never had. These mental pictures are going to motivate you to stick to your debt payoff plan and you’ll be happy every second of it.

Our next video in the debt payoff plan series is going to be about the most boring subject in personal finance, budgeting, but here’s why you won’t want to miss it. I’ve got one strategy, just one easy trick, that is going to make budgeting easy. It’s going to help you find money in your budget to pay off debt faster and you won’t have to skimp and save every penny.

Dealing with Debt after Losing a Loved One