Should I Invest in Peer-to-Peer Lending? 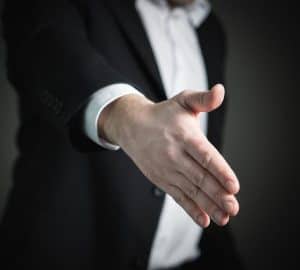 If you’re looking for an investment opportunity that can bring you a greater return than index funds and other low-risk ventures, peer-to-peer (P2P) lending is one such option that has been gaining popularity. Here’s what you need to know before giving it a try.

P2P lending is one of many alternative lending options on the market, along with title lending and payday lending. Unlike those two types of loans, P2P loans don’t have extremely high interest rates. While P2P loans usually have interest rates a bit higher than bank or credit union loans, they’re still reasonable. P2P loans could have an annual percentage yield (APR) as low as 7 percent, although around 15 percent is the most common amount. Higher risk borrowers may get loans with APRs in the 24 to 36 percent range.

The difference between a P2P loan and other types of loans is that individual investors, not financial institutions, are funding the loans. The borrower applies on a P2P lending marketplace. The marketplace assigns the borrower a risk score based on his financial profile, and then puts his loan request on the market. Investors can then choose to fund the loan.

There are two ways interest rates are determined for P2P loans – the lending marketplace can set that amount, or investors can bid on the loan request, with lower interest rates beating higher ones for the bidding. For example, if another investor bid that he would fund the borrower’s loan request at a 15-percent APR, you could bid that you’d fund it at 14 percent.

You don’t need to fund an entire loan, and most investors don’t, instead choosing to spread their investments around.

When you invest in a P2P loan, your return is the interest on the loan. The lending marketplace takes a small fee from the borrower for facilitating the loan. Obviously, the higher the interest on the loan, the more money you’re going to make. But this also means you’re dealing with a higher-risk borrower, so there’s a greater possibility that they’ll default and you’ll lose your money.

If the borrower defaults, you don’t have any recourse, so it’s important that you choose your investments wisely. There are a few keys to choosing the right investments.

Stick to borrowers who have already borrowed and repaid P2P loans in the past. If they have a history of paying back what they borrow, that’s a good indicator that they will continue to do so. First-time borrowers may be fine, but it’s better to avoid that risk, especially when you’re just starting out.

Avoid borrowers with high risk scores. That 24 percent or higher return can be tempting, as you’ll make a great profit if the borrower pays the loan back. The potential return isn’t worth the risk of losing your money, though. Look for borrowers with low to moderate risk scores, which will be loans that have APRs of 20 percent or lower. You’ll still make money, and you’re far less likely to lose anything.

Spread your money around. Just like when you’re investing in the stock market, it’s smart to have a diverse portfolio. Fund several different loans so that you’re not losing a large portion of your money with one default.

7 Work from Home Jobs with No Startup Costs