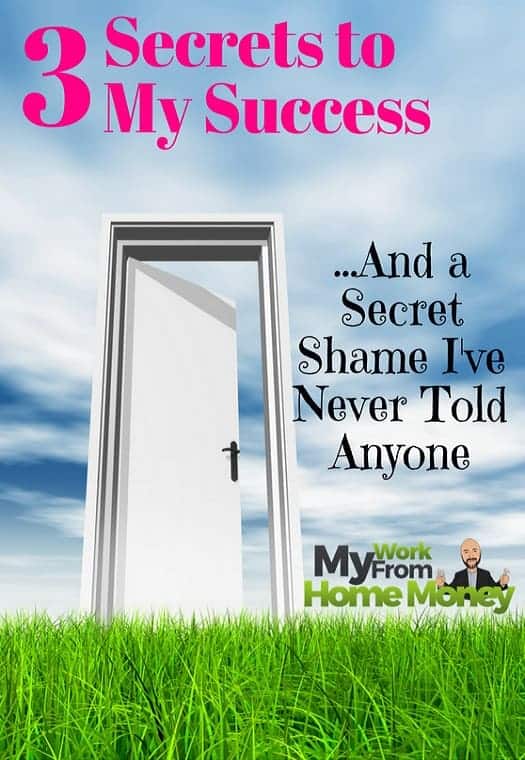 I’ve got three secrets to success and motivation that you’ll be able to apply to everything you do, three things you can do to be more successful and more confident.

These aren’t three vague philosophical ideas but three super important keys to get you started on your way to making more money and living life your way.

In fact, I’ve used these three rules to build my own business from zero to over $80,000 in three years. Towards the end of the video I’ll also share with you a secret shame I’ve kept to myself that has held me back and how you can keep it from ruining your life.

I love the face-to-face interaction and the community we’re building with the new YouTube channel. This is the future of beating your debt, making more money and making your money work for you. This is the financial future you deserve!

How I Manifest Abundance in Everything I Do

I’ve been hugely successful with my blogs, doubling the monthly income every year over the last three years. I’ve published 10 books and now make more than I ever did in a traditional 9-to-5 job but I couldn’t have done it without mastering three important ideas about success and motivation. 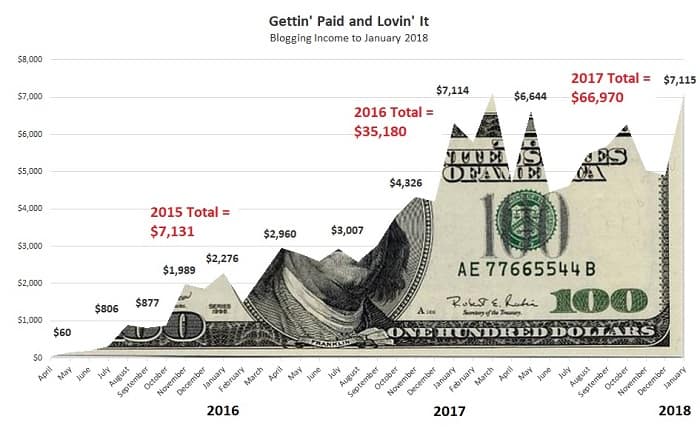 Now don’t get me wrong, it’s been a lot of work. You don’t create nearly six-figures a year in a few years without working your ass off. I also couldn’t have done it without three very important ideas.

The First Key to Success: You ARE the Right Person

The first secret to success is a big one, in fact it’s so big it’s even got its own technical name: impostor syndrome.

Impostor syndrome is that feeling everyone gets, even the most successful people every once in a while. It’s that little voice saying who the hell am I? How am I qualified to be giving this advice or creating this product? There are other people way more qualified. 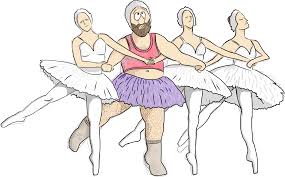 I love this cartoon because it’s so true. We all feel like the ugly ballerina, right? No matter how hard we’ve worked, there are those voices that tell you that you’re not good enough.

What happens is these self-defeating voices keep you from doing what you’re good at and really accomplishing what you could.

Beating impostor syndrome is a matter of confidence and overcoming it will not only make you successful at your job but you’ll be more successful in life as well. You’ll have that achiever’s confidence and that attitude that just seems to make everything go right.

I know because I was a very shy and doubtful young man. I questioned my own self-worth even when I did well.

But I was able to build that confidence, to beat impostor syndrome by choosing my battles. What this means is find one or two things you can be good at and really become an expert. This might be your job or a side hustle or even a hobby.

You’re going to read everything you can about this subject, really devote yourself to it for three to six months at least. What’s going to happen is that people will start to recognize you as an expert. That recognition is going to help you build confidence and overcome the little voices that question your self-worth.

It doesn’t even have to be something big. By creating those little successes, those little wins, you gradually start thinking of yourself as a winner. And the great thing is that the confidence you build in that one little area starts to spill over into other parts of your life.

Success breeds success, even if it’s on something small.

You’ll still get those self-defeating voices every once-in-a-while, but you’ll have developed other confident voices to tell them to go to hell.

The Second Key to Success Starts with Turning the Knob

The second secret to success, and this one won’t seem like a secret but will put you ahead of 90% of the people out there, is just to get started.

Why do we have so much trouble getting started on things?

We tell ourselves we’re starting that diet tomorrow as we choke down a huge meal. We say we’re going to make budgeting our New Year’s resolution and get serious about overspending.

Why can’t we just start now?

Starting now doesn’t mean not planning but it does mean getting organized and getting going whether things are perfect or not. I go to a yearly financial bloggers conference and I meet people every year that are just waiting to get everything planned out before they start their blog.

Putting yourself out there and getting started can be scary but you have to do it. You miss 100% of the shots you didn’t take.

Don’t Let Hate Stop You from Your Abundance

Now I promised to share my secret shame and it’s actually our third secret to success. This is going to double as a confession because it’s something that’s nagged at me for a long time and I’ve never told anyone.

I call this one; don’t hate, learn.

No matter how successful you are, there is always going to be somebody more successful and sometimes it’s going to be someone that started afterwards. You’ll be talking to someone at a conference or at work, a newbie right, and it seems within a year they’ve zoomed past you. 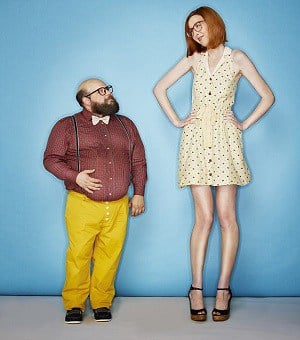 Or maybe it’s just a matter of comparing yourself against someone. We compare ourselves with others on everything, right? Income, job, even the things we have no control over.

And it’s so easy to get jealous, to think that this person is getting help from everyone else or that people aren’t helping you enough for some personal reason.

That hate is just going to eat you up inside. It’s going to close you off from other people and you’re going to get frustrated and won’t be able to be successful.

I know because I used to do this all the time. I would meet a new blogger and then they’d tell me how many visitors they were getting and I’d be like what the hell! And it’s easy to start letting those self-defeating voices take over, tell you that you must be a failure.

First off, you’ve got to stop comparing yourself against other people, especially on one specific thing. We compare ourselves against someone in that one thing they excel at – and without looking at all the things that we do successfully. That’s just setting yourself up for disappointment.

More importantly though, and this will guarantee you are successful in life and everything you do, is you’ve got to get beyond that anger and pride. Open yourself up to learning from others and personal growth. If you see someone you admire for their success, be honest and complement them on it.

It will amaze you how fast people will share their secrets with you if you compliment them. This is going to free you from that cancerous hate and start you on the path to personal development and success.

Being successful in anything, whether it’s in business or any part of your life, isn’t easy but master these three keys and you’ll be on your way fast. I won’t say these three ideas are all that you’ll need to be successful or they are guaranteed to make you rich but I do guarantee that they will make you happier on your road to abundance.