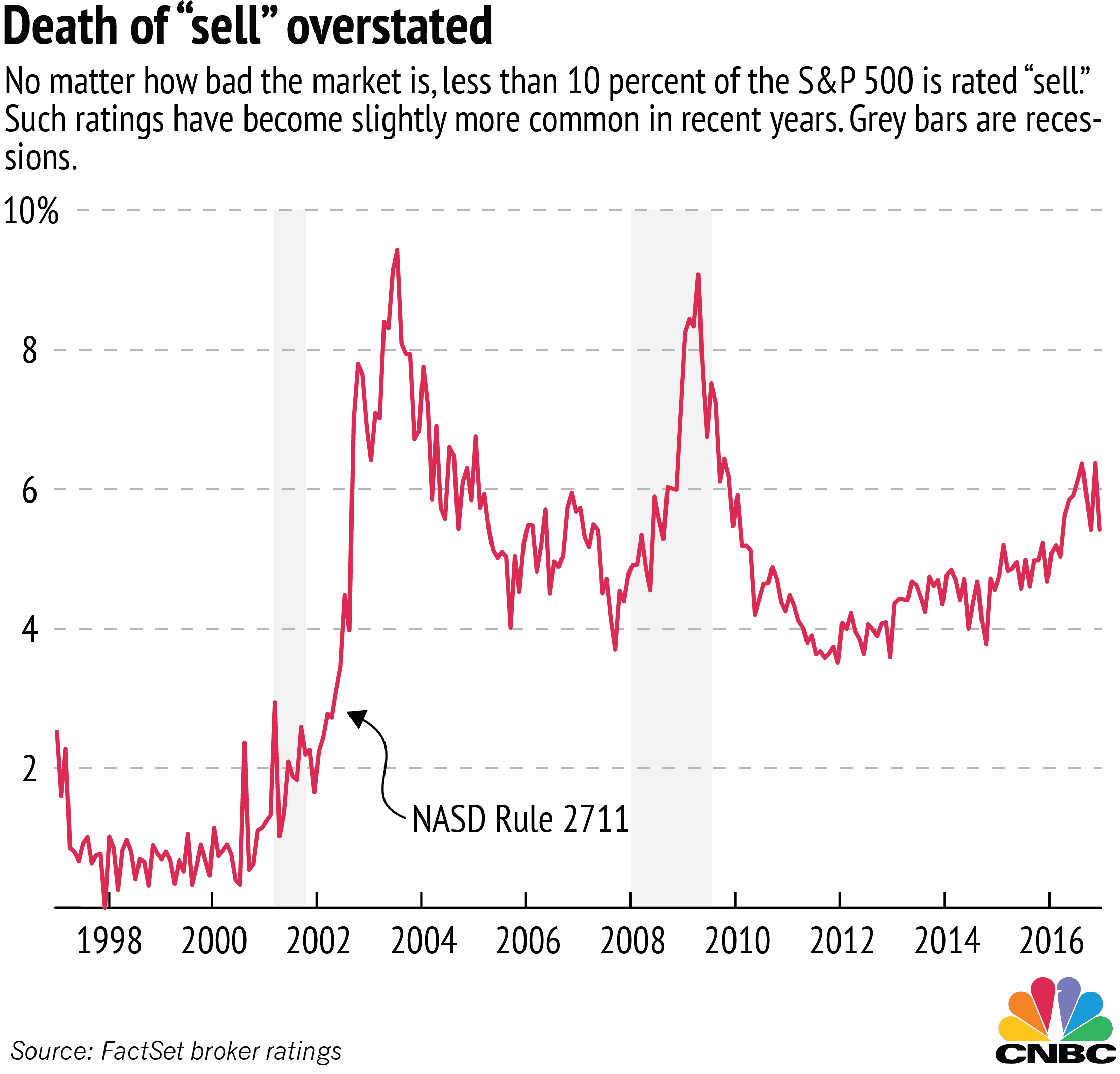 Like winning the lottery while surviving a plane crash unlikely. That’s the odds of beating one of the secrets I’ll reveal today, three stock market secrets the experts don’t want you to know.

In this video, I’ll uncover each, show you how the market is rigged against you and how to invest to win anyway! We’re talking how to invest in stocks, today on Let’s Talk Money!

On to those three stock market secrets though and I feel like I’m opening the vault a little with this one, spilling the beans on some of the dirtiest little secrets I saw while working as a venture capital analyst and in private wealth management.

What you have to understand is that the investing mega-market; the brokers, the financial advisors, the media is a hundred-trillion dollar-plus industry. That means hundreds of billions in fees and doesn’t even count the billions in advertising and other services the industry sells to you.

And the way it does this is by scaring you, by distracting you, by convincing you that the only way to make money in stocks is to tune in daily to their stock advice or paying out their fees.

Nation, investing has become an entertainment industry and it’s better than any blockbuster produced in Hollywood! Stock experts and advisors make you feel like you’re the star in this movie and it can be an inspirational, get-rich story or a tragic comedy…but you have to watch to find out!

And that means believing one of these three big stock market lies!

And the First of our dirty-little stock market secrets is, that stock analysts don’t have a clue about where stocks are heading!

And this goes way beyond how far analyst stock price targets are off but we’re going to start there because if I start with all the other conflicts of interest…I’m going to be too pissed to finish the video.

So let’s start with the stock price targets analysts make, and I know its easy to rely on these, just look for the stock with the highest target price and invest in those stocks. Hell, I’m guilty of this myself, using target prices on the stocks we look at.

But never use these stock price targets as your reason to buy a stock. They should be suggestions and maybe a heads-up to research further…but honestly folks, most analysts couldn’t forecast the winner of a Globetrotter’s game, let alone stock prices.

Because the sad fact is, most analyst price targets either follow a stock down or chase it upwards. This graphic shows the analyst price target from Credit Suisse for shares of Teva Pharmaceuticals for the two years through 2017. Starting out, the analyst said shares were worth $60 each, 13% above the price…then the shares started going the wrong way and the analyst starts cutting that price target, first to $59 then $52 and $47 a share.

The analyst cuts the price target on Teva five times in six months. Eventually…that $60 price target, the one investors were counting on as a recommendation to buy the stock, that was dropped to just $8 a share in less than a year and a half. Investors had lost 79% on this stock because the analyst was so far off.

So those price targets aren’t gospel and worse yet, there is a massive conflict of interest on Wall Street that sells you out for profits.

Buy-recommendations outnumber Sells by more than five-to-one. This shows the sell recommendations as a percentage of total ratings back to ’98 and even after a 2002 law that forced brokerage firms to disclose their ratings, analysts have never given more than one-in-ten stocks a sell rating. And what’s almost funny here if it weren’t so tragic is that increase in sell ratings on stocks happened just as the market was about to enter a bull run after bottoming from the dot-com bubble, analysts were telling investors to sell at exactly the wrong time!

Why are there so few sell recommendations and so many saying to buy? Because there’s another secret here on how Wall Street actually makes its money!

Brokerage firms have always relied on investment banking, so selling a company’s bonds or lending to make money…well, a company isn’t going to give you that business if your analysts are telling people to sell the stock. And that’s not the only conflict.

One report by the Wall Street Journal found that because stock trading commissions have dropped, brokerage firms are now selling company access to investors. The analyst gives a positive rating to the shares to get favorable access to management which can then be sold to business clients that want to sell to that company.

All this makes most analysts at best no better than a trained monkey and at worst…far, far worse.

Nation, nobody will care about your money like you will! This is why I recommend no more than maybe 15 or 20 individual stocks in your portfolio because that’s the max you can reasonably keep up with, following the financials and researching to make sure you’re only investing in the best.

And if you thought that first stock market secret was bad…wait ‘til you hear the next one! First though, I want to personally invite you to get The Daily Bow-Tie. Our daily market newsletter with all the most important news, trends and strategies you need to see. It goes out every night before the market opens to give you time to plan your investing day, so look for the sign-up link in the video description below.

This next big stock market secret is that insider trading and stock manipulation is EVERYWHERE!

Stock price manipulation goes all the way back to the stock pools of the 20s where it was totally legal to pump-and-dump stocks. I mean, we're talking the kind of shenanigans that would make even the Wolf of Wall Street blush!

In one instance in 1928, Michael Meehan, the broker tasked with buying and selling shares of RCA on the New York Stock Exchange…the original inside man, raised millions from a private group of investors to buy up shares of the company.  That was March 3rd when the stock was at $94 a share. The group then paid hundreds of journalists to publish about the stock in papers across the country, including the Wall Street Journal. When the price of RCA had surged to $160 a share by March 13th, the group was able to sell out for a $10 million profit in less than two weeks!

And in an ironic twist, proving that money does what it wants, the first head of the SEC when it was created after the '29 crash…the very person tasked with stopping  the kind of scams and fraud, was Joseph Kennedy who built his family fortune on these kind of pump-and-dump schemes!

While insider trading has been illegal since 1988, it wasn’t until 24 years later that it was illegal for congressmen to trade on inside information with the STOCK Act of 2012! I know these stock market secrets kinda shook you.

But silly laws haven’t stopped the rich from getting richer. One of the most recent cases of insider trading involves pro-golfer Phil Mickelson, chairman of Dean Foods Thomas Davis, and a Las Vegas ‘business man’ by the name of Bill Walters.

You see, as chairman of Dean Foods, Davis knew the company would soon announce its spinoff of WhiteWave sending shares rocketing higher. Besides Chairman though, Davis was also a degenerate gambler who owed Las Vegas strongman Walters more than $2 million in loans.

So Davis drops the inside scoop to Walters, who in his generosity drops the loan debt while also dropping a couple million on shares of Dean Foods. But the intrigue doesn’t stop there…there’s more backs to be scratched.

Walters is also owed money by ol’ Phil ‘Lefty’ Mickelson who also gets tipped off in exchange for kicking back some of his profits to cover the debt to Walters. Now of course, Phil has always denied all this but here’s a guy that had made tens of millions as a pro-golfer but had so little faith in stocks that his portfolio amounted to just $250,000…that is until putting down a single bet for $2.4 million in shares of Dean Foods.

Mickelson had invested in a single stock, more than ten-times he had invested in the entire market…and walked away with a 40% profit, a cool million dollar return on the day the Dean Foods spinoff was announced.

Rigged or not, Wall Street doesn’t like it when someone is making easy money, so all three were brought in on the trial. Davis pled guilty and cooperated against Bill Walters who got five years and fined $10 million in 2017. Mickelson though got away scot-free because he claimed he never knew the original source of the information, that it had come from an insider in the company.

Now I'm not telling you this to make you swear off stocks. Is the market rigged? You bet your ass it is but that doesn't mean you can't still make money!

Because when the near-term profits are stacked against you, instead you want to compete in a strategy  where you can still win. That means investing in quality companies with a long-term, buy-and-hold strategy. Holding your stocks for at least three to five years takes the short-term pump-and-dump affects out of the stock. You'll watch the core company earnings increase and take the stock price with it!

For our third dirty little secret, and I've saved the best for last, the stock experts don't want you to know…you will NOT get rich investing in stocks!

Ohhhh, I'm gonna get in trouble for this one!

Nation, this is the BIG LIE, the one everyone wants you to believe. From the media to financial advisors and yes even right here on YouTube, everyone is pumping the dream that you can…no you WILL get rich with stocks.

On the back of this promise, they can sell services, rake in commissions and sell advertising to the tune of billions a year. Bloomberg expects subscription revenue alone to top $100 million this year and that doesn’t include advertising and other services.

And it is a great year to be selling the dream because it’s so hard to argue the reality, well, because it seems people are getting rich on everything from GameStop to Dogecoin and AMC.

But Nation, despite what the prophets on Fast Money and every show like it want you to believe, getting rich in stocks is still EXTREMELY unlikely. Like winning the lottery while surviving a plane crash unlikely.

At the 30-year average return of 8.5% for stocks in the S&P 500, it would take 26 years to reach millionaire status and that’s if you invested $1,000 a month. Even at the higher 11.9% long-term return on tech stocks in the Nasdaq, it takes you more than two decades to reach that seven-figure payday!

Making more money means one of two things…one, either you invest in far riskier stocks and OH how the experts love to tell you which ones. Just remember though, with great risk comes great crashes.

The other way to make more money is finding other ways to make money! Stop counting on stocks to make you rich. Instead, start a business or a side hustle, anything you can do to make a few hundred extra a week because while the stock market isn’t a great place to make you rich, it is a great place for the miracle of compounding. Even at that average 8.5% return, investing $2000 a month instead of a grand shaves seven years off your millionaire journey and find a way to add another thousand to your savings and you’ll be a millionaire in less than 15 years.

I hope you list down all those three stock market secrets I just shared you and keep a mental note on all of it so you can apply it whenever you buy a stock. Also, feel free to spread the word. Sharing is caring! Pay it forward.