How to Make Money

5 of the Best Money Making Ideas of the Year

These end-of-year roundup posts are some of my favorite every year. It gives me a chance to look back on the most popular money making articles and which really helped people reach their financial goals. I’ve always been a driven, type-A kind of person and love to put together money making ideas. Sharing these ideas and readers’ experiences with making extra cash are some of the most read posts on the blog.

It’s through money making ideas like the ones below that you’ll really start getting on your way to financial freedom. Make just $300 extra a month to invest and you’ll have an extra $100k at the end of 15 years. Really put your time in on your money-making idea and it could lead to a whole new career.

The Best Money Making Ideas of the Year 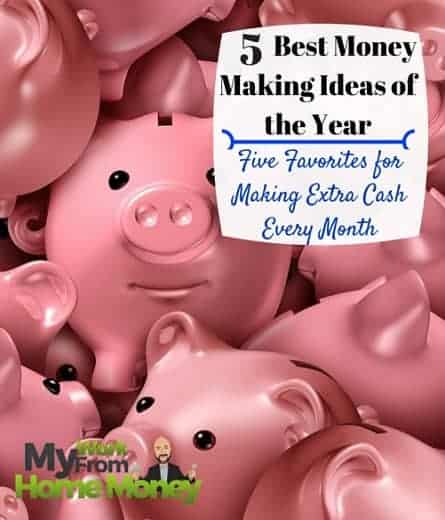 I’ve compiled a short intro to the best money making ideas and articles of last year based on readership traffic and feedback.  Many of the articles were some of my favorites as well because it gave me the chance to share what I’ve learned about making money online over the past several years. Most of these articles were originally published on my personal finance blog PeerFinance101 but have since been moved here. Some of the ideas will help you make thousands while others may only put an extra hundred or two in your pocket but all are worth a look.

How to Make Money Freelancing

Freelancing is one of my favorite money making ideas because it is something that everyone can do and can become as big as you let it. If you’ve got a skill or a hobby, there is a good chance that you can freelance a job around it. You can start freelancing in your spare time, working a few hours a week for individual clients, or can build out your client list into a full-time gig.

The post includes ideas on what you can freelances as well as how to look for jobs. I share my own freelancing story as well as nine website resources to help you build your business.

If you don’t feel like your skills are up to the level needed to freelance, check out Udemy

courses to learn a few new tricks. Video courses are from an hour to several hours and the site is always running discounts of up to 95% on prices. I’ve used Udemy to learn how to promote my blogs on social media and I know several other people that have taken courses on the website.

How to Make Money Buying and Selling on Craigslist

Craigslist is replacing other online platforms like eBay and Amazon for money making ideas because it is so easy to use. The advantage of Craigslist for making money buying and selling items is that it’s all local and completely free. You don’t have to pay the platform a commission and you can make money in a matter of a few hours.

The post looks at four pro tips to making money on Craigslist, ideas I picked up talking to people that have made Craigslist their full-time job.

Beyond the pro-tips for making money, the article also looks at five proven business ideas for selling on Craigslist.

How to Start a Blog and Make Thousands a Month 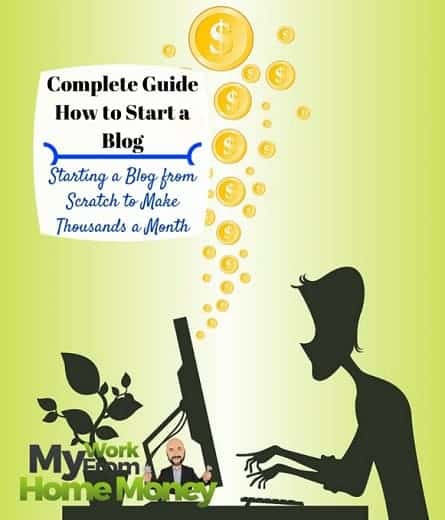 Six new blog posts are published every second, that’s nearly 7.5 million blog posts annually to more than 74 million blogs. Getting your blog found in that sea of blogs is not easy and making money off your blog is even harder. More than 80% of bloggers make less than $100 a month from their online site.

But with a plan and a little hustle, you can make good money running your own website. In just a year after starting my two blogs, I was making more than $2,000 monthly from affiliate advertising and book sales. That’s nothing compared to some of the bloggers I met at a conference in September where some of the veterans in the space are making between $5,000 and $10,000 a month on their blog.

I detail how to set up a blog and what it takes to be successful in the post, along with what you can expect from different revenue sources. It’s a super-detailed post with everything from writing your articles to getting Google love to really boost your blog traffic.

Make the Hustle a Part of your Life

This one isn’t a money making idea but a great post for being successful freelancing or as an entrepreneur. I share my own story of turning a new freelance hustle into a full-time business that pays the bills.

Starting your own freelance side hustle or any other money making idea isn’t easy but can be a path to financial freedom if you make the hustle a part of your life. It isn’t about early retirement or working less but about working hard at something you love and becoming an expert.

How One Reader Made $4,000 on His Side Hustle Story

One of my favorite PeerStories is from Nelson Granger, a student at University of California San Diego. Nelson was looking at a student loan bills piling up and decided he needed to find a better way to pay for college. He used some of the money making ideas from the site to put together a side hustle story to raise the money for the next semester’s tuition.

After putting together a simple website with Blue Host

WordPress hosting to profile his skills, you started tutoring and writing marketing content. He raised more than $4,000 over four months and shares what he learned along with money making ideas for the future.

Your turn! Which were your favorite money making ideas of the year and what would you like to see in 2016?

How to Use Udemy to Be a Better…Anything