We had pretty good jobs, but we lived paycheck-to-paycheck and relied on credit cards. Thanks to Dave Ramsey and building an emergency fund, we have been able to take control of our finances.

When you start your emergency fund, you’ll be on your way to financial freedom.

My husband, Bobby, and I both have master’s degrees. That means we also have bachelor’s degrees. And, we both actually have associate’s degrees. Between the two, of us we have six degrees from an institute of higher learning (and Bobby has a certificate in grant writing).

I don’t say that to brag. I say that because even with all of our book learning, when it came to finances we were still pretty dumb.

This post is the first of eight sharing the real-life experiences of two readers as they work through the Dave Ramsey Baby Steps and Total Money Makeover. I've met so many people that have seen their finances saved by the Baby Steps, I wanted to share this series and some great ideas to put your personal finances back on track.

Life before our emergency fund was not pretty

We married in 1995. I was a non-traditional senior and Bobby was a non-traditional junior. We both had student loans. Debt was nothing new to us. As we traveled down the road of our married life, we incurred more. We purchased vehicles and a home. We racked up a lot of credit card debt to go with two auto loans and a mortgage.

I was a nervous wreck. Bobby? Well, he is cool as a cucumber.

Still, I think even he had begun to take the level of our debt seriously. He started listening to Dave Ramsey on the radio. He suggested we take his Financial Peace University class.

Even though I had been praying that Bobby and I would get on the same page regarding money, I was stubborn. I couldn’t understand why we would have to pay money to learn how to handle money.

When it finally dawned on me this was what I had been praying for, we signed up.

What are the Baby Steps?

So, in January 2009 we enrolled in a local FPU class. We learned the 7 baby steps, and we began our financial transformation. Here are Dave Ramsey’s steps to financial peace:

Sitting in the class the first night, I was hopeful we would be able to experience the peace and freedom that the videos were talking about, but it seemed impossible. Bobby and I never really had much in a savings account, let alone $1,000 sitting in a bank somewhere just for emergencies.

It seemed like our lives were always an emergency! If a car broke down, we scrambled to figure out how to pay for it. If we had to travel somewhere, we were putting the trip on a credit card. 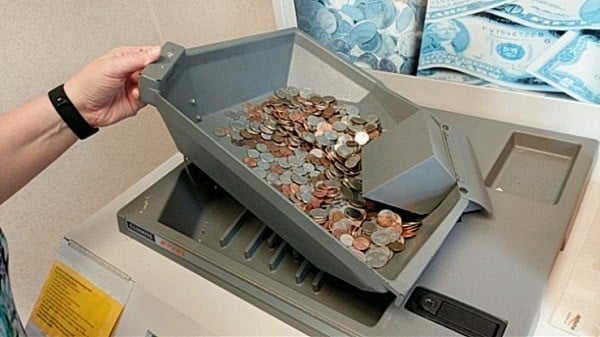 In light of where we were financially, you might be asking how were we able to save $1,000 into an emergency fund? The answer is simple:

Final thoughts on the emergency fund and budgeting

While it is so important to have a budget, I think the real key for Bobby and me was using the Allocation Plan. This is the system in which you take your monthly spending plan and then — based on when your bills come due and when your money comes in — you establish a timeframe for when you pay your bills.

We have been doing the budgeting thing since 2009. We still have the same check register from when we opened our emergency fund nearly 10 years ago.

Looking back at it, I can see the times where we put the debt snowball on hold so we could build up the emergency fund. That was a good thing for us, because we had emergencies that cost us more than $1,000. While I sometimes feel guilty for not religiously following FPU principles, I can say it is only a little bit.

In 10 years we have covered some pretty major expenses without them feeling like actual emergencies. Yes, they were unexpected. Yes, they were more than our monthly budget could handle. But because we had money sitting in the bank, not being absorbed into the general fund, we had it to cover the unexpected and unplanned for expenses. And no matter how far we get in the Baby Steps, that, to me, has brought so much peace in and of itself.

How the Rich Become Wealthy […and it’s not in stocks]