The average household pays more than seven grand in interest on debt a year but just can’t pay that debt off because there’s nothing left in the budget.

By the time you finish this video, you’ll have seven ways to cut spending without having to skimp and sacrifice. In fact, I’ve used these seven budget tips to save $240 a month and pay off thousands in debt. I’ll show you how to save over $50 grand in interest with these tips and pay your debt off in half the time.

Today’s video is the third in our debt payoff series, an entire series on ditching your debt from creating those goals that are going to motivate you to some tricks I’ve learned to pay off debt.

Think of it like a TV series, at the end of this season, you will have all the tools you need to finally get out from under that crushing debt. Make sure you subscribe so you don’t miss any of the episodes.

I’m excited about the series. We’ve already covered some amazing ideas in why people fail at debt payoff plans and how you can find that motivation to finally stop working for the debt collectors.

The Debt-Free Alternative to Budgeting

If you saw our last video, you know how to use that un-budgeting system to track where your money is going and it’s probably not pretty.

According to the Department of Labor’s consumer spending survey, American households make about $56,000 a year and spend $52,000 just to make ends meet. 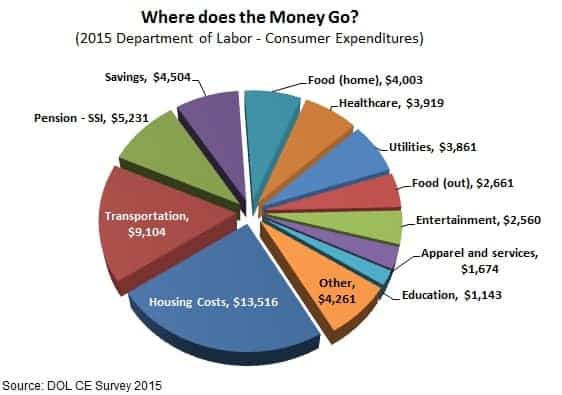 We already saw how budgeting isn’t the answer, why most people fail at their budget.

The fact is that we all need budgeting help, from the ‘average’ household to those making millions a year. I had a teacher in high school that used to say,

Show me an income and I’ll show you how to live above it.

And it’s the truth right? Nicolas Cage has been in more than 90 movies and has made over $200 million…the guy had a frickin castle alright! In 2011, Cage tells a bankruptcy court that he’s broke, doesn’t even have enough money to feed the alligators in his moat.

Budgeting is no fun and nobody wants to skimp and save every penny…but there is a way to save hundreds a month, use that to pay off your debt and finally get out ahead.

I’m going to show you seven savings tricks, places to find money you didn’t even know you had. These seven savings tricks will save the average household $240 a month, that’s actual savings I’ve had on our budget and off friends that have used them.

But it gets better. After paying off that debt, put the money to retirement savings at 7% and you’ll have over $191,000 in just 14 years. It’s a choice of either paying off debt for the better part of your life or having nearly $200K by the time you retire.

Finding Budgeting Help Where it Matters Most

First, the best way to save money is always going to be looking at those big budget busters first. That’s going to be things like saving on housing costs, transportation and groceries. This could mean things like downsizing your home, becoming a one-car family or even renting a room.

But these major changes aren’t always realistic, right? You’ve got a family and you can’t just move to a smaller house.

So let’s look at seven saving tricks anyone can use to save hundreds a month.

These first two are some of the most surprising and will save nearly $100 a month by themselves. Food is the fifth biggest expense for most people and families spend around $4,000 a month just on groceries.

We save about 20% on meats by buying at the deli department of the grocery store rather than buying packaged meats. Since the deli doesn’t have to spend on that packaging, you can get some amazing discounts. We save $65 a month on this one budget trick.

Another one you might not have thought of is shopping at the dollar store for milk, eggs and bread. A lot of dollar stores use these necessity foods to bring more people in and they sell it for less than you’ll pay at the grocery store. Milk at our local dollar store is $2.70 a gallon versus $3.90 at Walmart.

Now you have to get in and get out. You can’t waste your savings on a lot of little things you don’t need but we save about $25 a month getting a few things at the dollar store instead.

We’re already saving almost $100 on just these first two budget hacks and the next five are going to really help you find that extra money.

Our third budget trick here is to share public services like garbage pickup or lawn maintenance. Most municipals will let you do this as long as you don’t go over too much on the combined trash. Besides the public services, you can save by going in with your neighbors when you need to rent yard equipment. Sharing some of these expenses can easily mean saving $30 a month off your budget.

Maybe a more common savings trick is buying a programmable thermostat. These cost about $40 and you can set them to turn the heat down or turn off the AC when you’re at work or while sleeping at night. The real power here is setting this thing so you don’t forget. Utilities cost the average family over $3,800 a year but just making these little changes can save a minimum of $20 a month on energy costs.

We’re up to saving $140 a month already and this next hack is one of our biggest.

Our fifth budget trick here is going to help you save money but still enjoy life a little. The average family spends almost $2,700 a year eating out and $450 on drinks. Entertainment outside the home eats up another $2,600 a year.

Instead, look through the classifieds and your local paper for free events. A lot of times, these will be charity organizations or local clubs trying to get the word out so they’ll hold free events and classes. It’s a great way to find something to do that doesn’t cost anything. Do this just once a month instead of a restaurant or other entertainment and you can save $85 a month easy.

Think about it, that’s over a grand a year saving on just that one hack. Put that in an investment account and it doubles every seven years and you didn’t have to cut back on going out. But that’s not even my favorite budget trick because this next one is going to save you money and help you spend more time with the family.

Budget Savings and Quality Time with the Family

One of our favorite ways to save money as a family has always been to let the cable TV subscription lapse in the summer and go a few months without. It’s nice out and you can find all kinds of things to do that don’t cost anything. Now your cable company is going to complain and say you’ll lose money by having to start service again but you’d expect them to say that, right?

Who do you think is going to be calling, begging to get you back at that special discounted rate in a few months? Stay tough in the negotiation and you can usually get some free movie channels and a one-year discount on the price also. We save about $50 a year by letting our subscription lapse just a couple of months. 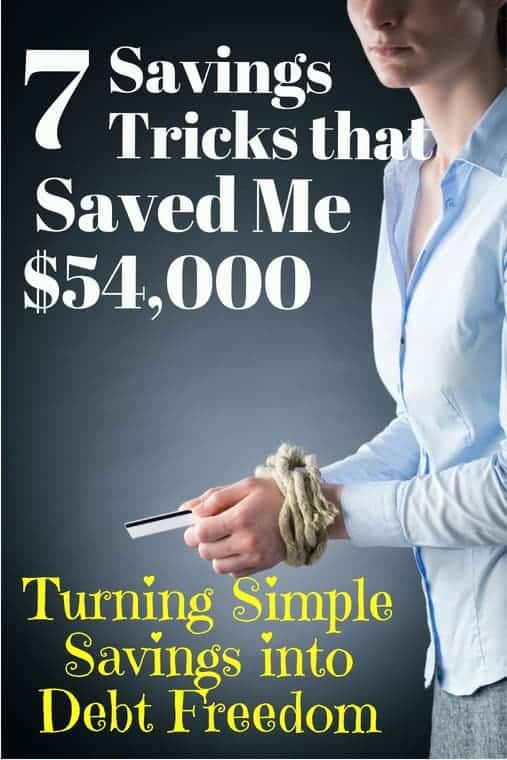 Another way to save some big money around the house, the average household has 25 devices plugged in at any given time. That’s TVs, computers, clocks, everything plugged in 24/7 and all using electricity even when they’re not turned on. The digital cable box alone costs you $43 a year to have it plugged in.

Now just those seven ideas will save you about $240 a month and that’s not including the money you save on spending challenges.

Don't Forget Fun in Your Budget

There’s something very important to remember here in all this budgeting help, the idea that you need to have a little fun with your money too. One of my first money mistakes was in my 20s, I was saving every penny I made and working two jobs for that dream of an early retirement.

The problem was that I was squeezing those pennies so tight that I was miserable. I worked, ate and slept…and that was it. What happened was I would burn out and go on a spending spree every six months and spend through most of what I had saved.

So don’t forget to balance that saving, that debt payoff with enjoying life and having a little fun with your money. I dunno, if you want to be the 90-year old millionaire that ate only oatmeal their whole life, go ahead. I like having fun.

Now even some of these savings tricks can be tough to manage at times to I’ve got a bonus tip, a budget helper that is going to make saving even easier. It’s one of my favorite ways to save money and will teach you a lot about your spending.

Each month, you pick one or two things from your budget. Something you can cut back on or cut out entirely or you can use some of the ideas we’ve talked about. These are like little mini-spending challenges.

Change up the budget items you cut each month. Since it’s only a month, it’s not as hard as saying you’re never going to spend on that expense again. Anyone can last a month cutting something out of their budget and you’ll save hundreds. Even better though, you’re going to learn exactly what you don’t care about in your budget. There are a lot of things we spend money on every month that really don’t make us that happy but we never think about cutting them out.

Our next video in the debt payoff series is going to reveal some amazing debt payoff strategies. You’ve got the money to pay off the debt, now I’m going to show you a couple of ways to prioritize your debt that will not only save thousands on interest but also motivate you every step of the way.

How to Pay Off Debt Quickly: Two Strategies to Motivate and Save