How Much Does TikTok Pay?

You may have dreams of being an online influencer. Maybe you have a following on a different platform and are considering breaking into TikTok. The question you ask is, can you make money on TikTok? How much does it Pay?

Unfortunately, this boils down to – not much. So for most users, TikTok itself will not be paying a ton of money. Do not despair, though. There are other ways besides raw impressions that TikTok creators can use to make more money.

While it might be tough to make significant amounts of money from TikTok, it is still a viable platform to earn money from your hobby.

How Much Does TikTok Pay per 1 Million Views?

Since TikTok pays 2 to 4 cents per thousand views on average, we can reasonably calculate how much it pays for a million views.

TikTok pays between $20 and $40 per million views.

On the surface, this seems crazy low compared to other platforms such as Youtube, which would pay $2,000-$4,000 for a million views. However, the platforms are fundamentally different.

We can really boil it down to a few primary differences between the TikTok creator fund and Youtube platforms:

Because of these differences, TikTok seems to pay way less than Youtube. This does not capture the whole story, though, because, for certain creators, you can have way more success in getting views through TikTok than Youtube.

Can You Make a Living on TikTok?

You absolutely can make a living off of TikTok. It would be tough to have a full-time career from the TikTok Creators Fund directly, but if you supplement it with other income streams.

If you are trying to maximize your income from TikTok, it is important to build a following.

In the book Tribes by Seth Godin, he talks about building a core following. These are people who will interact with the majority of your work. So you want a core group of people with really high engagement with your posts. This will not only be beneficial for the TikTok algorithm but will help you stand out to brand advertisers looking for influencers.

One important decision when building a following is whether to go deep or wide. You can pick between focusing on more niche items that will resonate with a core group of people or focusing on a broader demographic.

You can make money from TikTok on other streams than being paid by TikTok for video views. Most of these other income streams are ways to leverage the attention and follower base you have built.

The core truth is that if people like you and are paying attention to what you are saying, there is a way to monetize it further. The key is to figure out how to do this in a way that does not alienate your followers by monetizing your platform.

You can make money from live streams on TikTok. The primary way you earn money on live streams is through micro-donations. Users can buy coins in TikTok that they then use to purchase virtual gifts they can use to tip their favorite streamers.

A few caveats, though. To live stream, you must have a minimum of 1,000 followers. The minimum coin payout is $100, so you need to earn at least $100 of donations before you can cash out.

To make much money from this, you will need a lot of followers. Live streaming can make you money from donations, but it can also build your follower engagement to earn more with branding income.

A business account is still allowed to have a link on its profile. This could be a link to a primary affiliate product you are trying to drive traffic to, your own website, or a linktree with the various affiliate products you promote in your video. However, TikTok does not allow you to place affiliate links on your videos themselves.

Another way to drive affiliate income from TikTok is to put a link in the video description. Some large influencers use this method, so it must continue to work even though it relies on the viewer to copy and paste the URL into their browser's address bar rather than simply clicking the URL. This might reduce the overall traffic to your affiliate pages, but you can be certain that if someone copies and pastes the URL into their address bar, they are motivated and have a much higher chance of converting.

Branding income has to represent the largest chunk of opportunity for large influencers, regardless of their platform. It is especially true on TikTok, where creators capture attention, even if only for a short time. So naturally, brands would love a piece of that attention.

How do you maximize branding income as a TikTok creator?

Build a loyal following. The more engaged your following and the more defined the demographic of your following is, the more a brand can identify it as being core to the group they are trying to market to and want to pay you the big bucks to feature their products.

If you build a brand and a following, there is a good chance your followers are interested in buying merch that supports and shows your brand. This is especially true if your branding has some good one-liners, where people want to sport merch featuring it.

If you have a platform on TikTok, you can start a blog and direct traffic towards it. Then you can write about topics that you can monetize on your blog posts. Starting a blog is fairly easy, and you can get started with hosting from Bluehost.

Blogging is so lucrative because you have complete control over the process. For instance, you can add Google Adsense to your site, add Shopify to your site, sell products, and pick which ad networks are best for your brand. This autonomy is a stark difference from being on the TikTok platform.

Most bloggers enjoy what they do because the income potential is uncapped. You get to advertise it the way you want as a blogger and have more control over the process. Once your site has traffic, it is easy to make money from blogging.

Are Earnings From TikTok Stable?

If you are considering putting significant effort into building your following on a social media platform, it is worth considering whether your earnings will be stable. TIn addition, there are some pros and cons to using a platform such as TikTok.

On the pros side, the platform is growing. With over 1 billion active users, you have a tremendous reach. In addition, average user engagement is trending upward, with the average user spending 858 minutes per month on the app.

You have very little control over the algorithm or platform policies on the cons side. Similar algorithm changes have stung influencers on Facebook in the past, where changes to the algorithm dramatically reduced their group or page's reach overnight.

For long-term stability, it is important to control your own platform. This puts you less at the mercy of the TikTok algorithm. TikTok is designed for its users, NOT to create their own platform of followers outside the app. It is an uphill battle to say, get followers to sign up for your email list or join you on another platform where you have more control over when and what your followers see of your content.

Who are TikTok Top Earners?

Who are the top 5 TikTok star's earnings, and how much did they earn? What type of content are they creating? Did they gain their fame entirely on TikTok, or were they famous from elsewhere first?

While it is important to consider that TikTok top earners are breakaway stars and earn vastly more than most of the creators on TikTok, the highest-earning TikTok accounts earn a majority of the total creator's total creator fund payouts.

Forbes estimates that they earn 30% to 50% of their income from sponsored content. That is where they are paid for featuring a brand's product on a post on their social media account.

The D'Amelio sisters have significantly broadened their fame to reach beyond TikTok, where they became famous. Nearly tripling their earnings.

In 2021 she launched a joint venture with Hollister called Social Tourist.

Addison Rae started posting dancing videos on TikTok in 2019. She quickly rose to fame and now has over 86 million followers.

In August 2020, Bella released a video that became the most liked video on the platform. Lip Synced the song “Soph Aspen Send.”

Josh Richards posts a lot of dancing and comedy skits to build his following.

Using TikTok to Build a Platform

One important thing to realize with most people, TikTok is not their primary monetization, even if it is their primary platform. However, you can create your brand on TikTok, get a following, and monetize it more than simply impressions.

Once you have a following, you can monetize it in many different ways. You can tap into brands looking to do influencer marketing. You can do affiliate programs. You can sell your own merch. These have a much higher earnings potential than getting paid per 1,000 views from TikTok.

Being a content creator on TikTok can seem frustrating if it is not working out for you. However, the algorithm optimizes user engagement. Once you start finding a niche, you can start to dial in what works and continue producing the type of content working for you. The key to being a TikTok star is continuing to upload to social media and engaging with your audience.

TikTok Creator Fund pays TikTok users roughly 2-4 cents per thousand views. People who treat their social media as an online business have been able to monetize their success with multiple channels.

While some stars have used TikTok to get rich, the majority of content creators use it to get extra income. Once you have a library of TikTok videos, it is possible to get passive income from TikTok. It is a legit way to earn money and, in itself, not a scam. There are, however, lots of scams out there promising you to make a quick buck on TikTok. The best way starts earning on TikTok is to produce quality, engaging content. 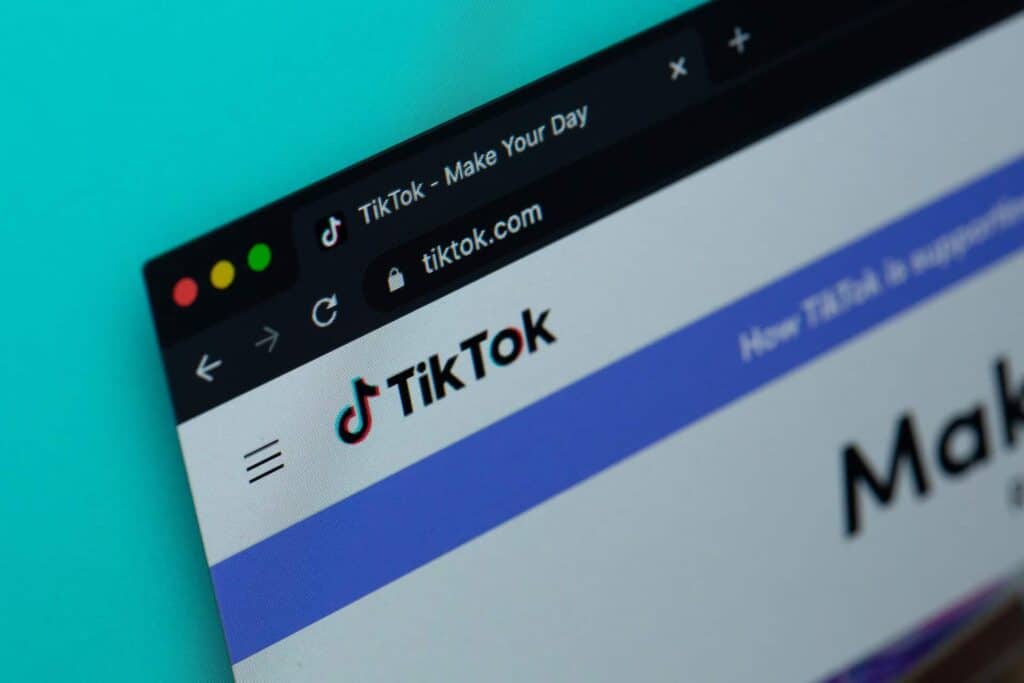 What is a SPAC? Are SPACs a Smart Investment Option for 2022?