The Secret to Getting More Value Out of Your Money

Saving money is no fun! Even if you have a clear mental picture of your financial goals, living within a budget is still tough.

The average American household is swamped with debt from overspending. Sometimes it seems the best you can hope for is to spend within your income, let alone have any left for saving and paying off the mountain of debt.

That’s why I asked one of my favorite debt bloggers to give us 15-minutes of his time and expertise. He’s an icon in the frugal living space and one of the smartest bloggers I know.

In this exclusive interview, he not only reveals the secret to saving money but had a few truth bombs about what frugal living really means.

The video is part of our expert interview series on the Let’s Talk Money YouTube channel. I’m bringing you the very best experts in beating debt, making more money and making your money work for you. Click through to check out the other interviews and subscribe free to the channel.

From Deep in Debt to Debt-Free

Joseph: I want to welcome all our subscribers and thank you for taking a part of your day to be here with us. I'm really looking forward to this interview. It's the fifth in our expert interview series and with one of the biggest names in personal finance.

I've followed this blogger for years and he's got some excellent insight into saving money and beating debt on his blog.

So today's interview is with John Schmoll of the website Frugal Rules. John has a common story that really shows why the average American household owes over $50,000 in debt and why sites like his are so important.

They just don't teach personal finance in school. I think I learned how to balance a checkbook when I was in 8th grade and that was pretty much about it.

John went to college and came out with $25,000 in credit card debt. Fortunately he was able to learn those smart financial decisions through a career as a stockbroker and through his own personal journey.

But a lot of people aren't so lucky, so he created Frugal Rules as a way to share his experience and teach people how to make those smart decisions that lead to a life and financial freedom.

John, thanks for being with us and offering to share your insight.

John: Hey Joe, no problem. Thanks for having me.

What is Frugal Living?

Does frugal mean you have to be miserable?

John: No it does not. A lot of people think that frugality means you're reusing dental floss or something crazy like that. That is not frugality. Frugality is all about aligning your life towards what you want and saving money in some areas so you can spend on the ones that are important to you.

How to Change Your Spending Habits

Joseph: Okay. So there's this huge this huge gap between what we see on TV, the entertainment of people dumpster diving and going to those extremes and, just getting the those great tips from sites like yours on how to save money and align that with their lifestyle.

How do you change your spending habits, that spending mindset? Because it seems, a lot of people they make that New Year's resolution, but those spending habits are so hard to change that they just end in failure. How do you make that saving more natural?

John: That's a great question. The way to do that is finding what's most important to you and tracking your spending.

For example, my wife and I, we love to travel. We cut back in some areas so we can afford to travel. Not that we stay at 5-star places when we travel, but we spend so we can have an enjoyable vacation.

For you, it can be travel, it can be going the movies, it could be whatever. Then track your spending and just write down what you're spending every week or every month and look at where your money's going and find areas where you think that you can cut back that won't impact your enjoyment of life. 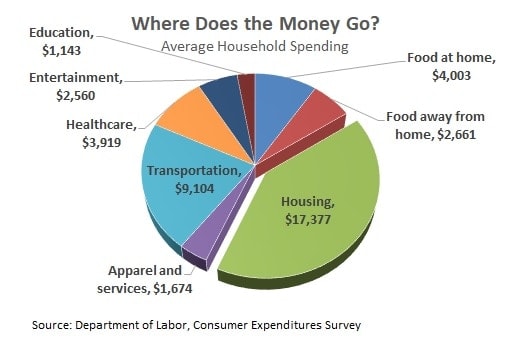 So it's interesting to hear you say, “Find the things that you like to do that have value for you and align your spending towards those.”

Spending Money on Things that Have More Value for YOU

Joseph: So what if someone feels totally overwhelmed with their finances, like so many people do. They have debt they can't control, they just don't make enough money. Where can they start?

What's maybe the first couple of steps that they can do to really turn that around and start saving more money?

John:  The first few steps are really simple. You mentioned I came out of college with $25,000 in credit card debt. I also had $25k in student loans, $50 grand in debt and this was 20 years ago.

But it's not that difficult and what you need to do is you need to slow things down and look at where your money is going. For me, that started by writing down everything I spent.

It didn't matter if it was $1 or $50, write down everything you spend and then look for one way that you can start saving money; one way. So many times we think that we have to cut back on everything right away and go cold turkey many times does not work.

You use that confidence to find another thing to cut back on. And over time, you're going to find things that you can live without and other things that are important to you and thus you could basically, totally realign your spending.

But picking that one thing out of your budget each month cutting it back as much as you can or just completely, and I think a lot of people figure out maybe they don't want to cut something out completely, but they still saved a lot of money.

It's only for a month so that shorter goal I think really motivates people.

3 Easy Savings Tricks Everyone Can Try

John: The easy one is cable TV. The average cable TV plan is about a $100 dollars a month. There are so many options today where you can save at least half that money, if not more, and still get everything that you want. My wife and I, we cut cable. 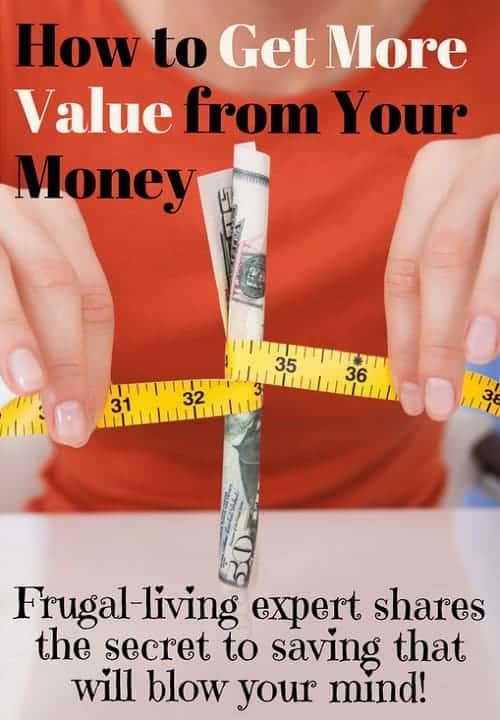 We were with DirecTV and even cut that out over two years ago so we're now over $2000 richer. We still watch everything that we want to watch. We have more time because we're not flipping through 300 channels that is all home shopping and it has not impacted our living.

Second one is eating out. The average American family spends over $3,000 a year on eating out; so $250 a month. So going back to the one thing, instead of going cold turkey on eating out, cut back one meal or take lunch to work two or three days a week and start from there.

The third thing I'd say is, not really something specific, but negotiate. It's much more expensive for a company to get a new customer than it is for them to give you a discount. So whether it's your internet service, car insurance, it doesn't matter what it is, call and ask them and say, “Hey, I've been with you for X number of years, I've been a great customer. What kind of discount can you get me?”

Planning Your Path to Financial Freedom through Frugality

Joseph: Wow! I want to start a spending challenge right now. Just one less time eating out. Maybe plan some kind of a picnic idea in the park. You're not necessarily not eating out, not enjoying that time with your family, but you're just you're just doing it DIY style.

Wow excellent! So how can people find you? I appreciate your time here, do you have a newsletter or something that goes out?

John: Yeah, I do. I have a weekly newsletter that has content that's exclusive that's not on the site. I send it out weekly.

When you sign up, I send out a free ebook with 31 Steps to becoming Financially Free. Each one is bite-size nuggets, no more than three or four sentences or simple things that you can do to get you sort of that one day a month type of thing, to get you towards financial freedom.

I want to thank John for his time and expertise into saving money and changing your spending habits so you get more value out of your money. Don’t forget to click through and check out some of those other expert interviews and subscribe to the YouTube channel.

21 Great Tips about How to Make Money Blogging

The Secret to Starting a Six-Figure Freelancing Business