It's that time of year again when people are decorating their homes, trimming their trees, and shopping till they drop into relaxing on the couch with a holiday movie. Here are ten of the top-voted Christmas films for ringing in holiday cheer. 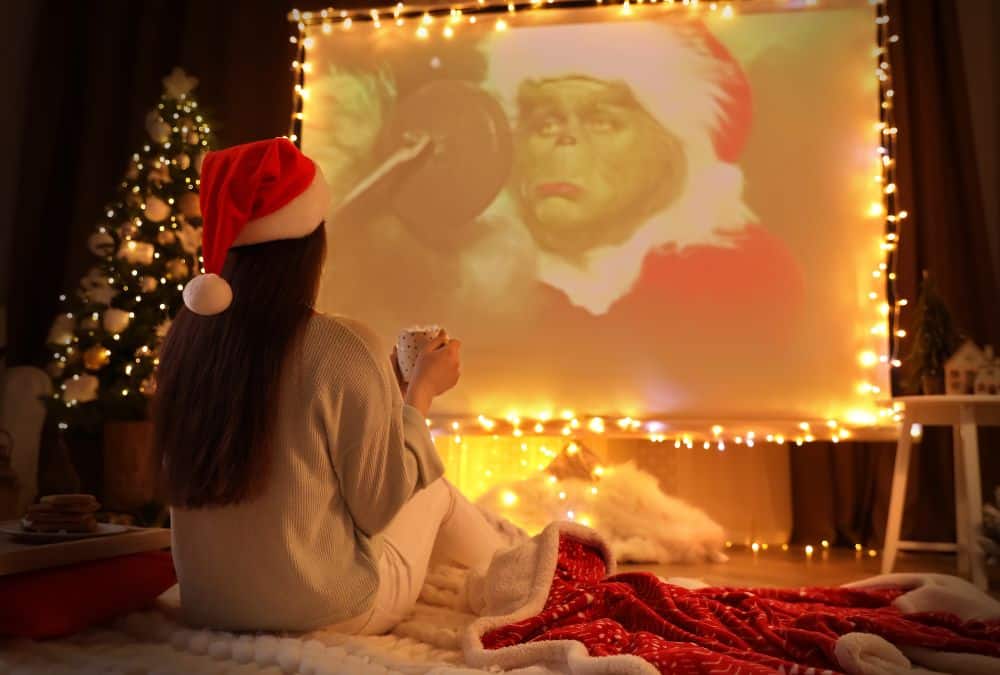 How the Grinch Stole Christmas is an animated TV special based on Dr. Seuss's 1957 children's book of the same name. It has been retold twice, and Jim Carrey's version is a close second. It follows the story of the Grinch, a green guy with an adorable dog named Max.

The Grinch is isolated in the mountains and despises Christmas. So he attempts to steal and ruin it for Whoville, the town below his mountaintop. Boris Karloff voices the Grinch and is also the narrator of this Christmas classic.

The Santa Clause is a Christmas comedy starring Tim Allen as Scott Calvin, a toy salesman who accidentally causes Santa Claus to fall off his rooftop on Christmas Eve. Calvin's son Charlie wants him to follow the instructions on the card they find after the other Santa disappears.

So Calvin puts on the suit and unwittingly agrees to become the new Santa Claus. The two of them finish the deliveries before going to the North Pole. As the following holiday draws near, Calvin's hair and body change to accommodate being Santa in this hilarious holiday classic.

I know many people don't acknowledge Die Hard as a Christmas movie, but rather a film that occurs at Christmas time. However, I'm not one of those people, nor are the voters who ensured it made this holiday list!

Die-Hard is the first in an action franchise starring Bruce Willis as New York City Detective John McClane. McClane visits his estranged in Los Angeles at a Christmas work party and finds himself at the center of a terrorist takeover of the skyscraper.

Alan Rickman stars as the lead terrorist Hans Gruber, who is there to steal $640 million in untraceable bearer bonds. Watching this film is a Christmas tradition for many families and is hilarious and action-packed.

Home Alone is a Christmas comedy starring Macaulay Culkin as Kevin McCallister, a rambunctious eight-year-old who is accidentally left alone at Christmastime when his family leaves for Paris. Two thieves, the Wet Bandits (Joe Pesci and Daniel Stern), target his mansion, and it's up to Kevin to defend his home.

So he sets up a bunch of elaborate booby traps and puts them to the test for nearly two hours of hilarious holiday fun. Over the years, the internet has attempted to determine what Kevin's father did for a living to afford the massive home in Chicago and an extensive family trip to Paris. Unfortunately, we don't have that answer, but we know he had a good credit score!

Home Alone 2: Lost In New York is a superior sequel. Fight me. The McCallister family returns, only this time, Kevin gets separated from them at the Chicago airport. The McCallisters board their plane to Florida while Keven accidentally makes his way to New York City.

Kevin has his dad's bag, Christmas cash stash, and credit cards. So he tricks the Plaza Hotel concierge and books a room using a credit card to check-in. Once there, he learns that The Wet Bandits (Joe Pesci and Daniel Stern) have escaped, and hilarity ensues as Kevin uses his out-of-town uncle's townhouse to put the thieves through another round of holiday torture.

It's a Wonderful Life is a Christmas fantasy drama loosely based on the classic Charles Dickens novella A Christmas Carol. It follows George Bailey (James Stewart), a banker at the Building and Loan who has sacrificed his dreams to help others through goodwill and Christmas loans.

On Christmas Eve night, he contemplates suicide while his business is on the brink of bankruptcy before his guardian angel, Clarence Odbody (Henry Travers), intervenes by showing him flashbacks of his life and the differences he has made.

Scrooged is a Christmas fantasy comedy that puts a unique spin on, you guessed it, Charles Dicken's A Christmas Carol. It follows Frank Cross (Bill Murray) as a selfish and pessimistic television executive who forces his staff to work throughout the holiday to maximize that Christmas money. Following Dicken's formula, he is visited by the ghosts of the past, present, and future with entertaining results.

Elf is a wholesome family Christmas comedy starring Will Ferrell as Buddy the Elf. Buddy inadvertently crawls into Santa's bag one Christmas Eve and, as a result, becomes the first human to be raised by Santa's elves.

However, Papa Elf informs Buddy that his biological father (James Caan) works as a children's book publisher in New York City. Also, he is on the naughty list! So Buddy heads to the city, in full Elf attire, to have a relationship with his father while experiencing hilarious blunders along the way.

Watching it is a holiday tradition in many homes. The Griswolds (Chase and D'Angelo) host a week of holiday fun, resulting in several encumbrances with their families living under one roof. For starters, cheapskate cousin Eddie (Quaid) shows up unannounced to exploit their hospitality, complete with Christmas lists for his family.

Also, Clark (Chase) is waiting on a big Christmas bonus that Eddie spins into the “Gift that keeps on giving.” It's hilarious!

We hope you enjoyed this Reddit picks list of the best Christmas movies to watch this holiday for laughter and cheer. Also, check out these Christmas traditions for anyone with a tiny holiday budget.