In a decade as an investment analyst and six years as a financial advisor, I see a lot of money questions pop up continuously. In fact, I sat down in a special call with many of you last week in a special Q&A session for your biggest questions about personal finance.

By the end of this video, you’ll have the answer to the five biggest money questions people have about their finances.

Today’s video is the eleventh, the last in our debt payoff series, an entire series on ditching your debt from creating those goals that are going to motivate you to some tricks I’ve learned to pay off debt.

If you’re just joining us, it’s been an amazing series, all the tools you need to beat your debt. I’ve put all the videos in a special playlist, watch them all free on YouTube.

We’ve covered everything from that unique unbudgeting system in the second video to hacks that save money in any budget and boosting your credit score so you never have to worry about interest rates again.

But I sat down on a special call with some of you last week and asked, what have we missed. What are the money questions you still have?

That’s what this last video is all about, those questions about debt and personal finances that you said were important. You gave me a list of five questions almost everyone has about money including some of my favorites like what to do after you’re debt free and how to decide which bills to pay if you can’t make all your payments in a month.

Our first question is one of my favorites, should you pay off your debt before investing?

I spent 10 years as an investment analyst for venture capital, big banks and portfolio managers so maybe I’m a little biased but I just die a little inside when people wait to pay off their debt before getting started investing.

Look, we’ve done something really amazing with this debt payoff series and I truly believe it will help you become debt free. But shopping is sooo much fun! Buying stuff, spending money is sooo much fun!

A lot of people may never be completely debt free. You know what everyone will be someday, God willing? OLD!

Even for those that are able to get to zero on their debts, it may take decades. That’s valuable time when it comes to investing, time you’ll never get back if you wait.

Now I understand it may not make much sense to invest for an 8% return when you’re paying 18% on a personal loan. Sure, you need to pay off those high-rate loans first. But don’t wait to be debt free before you invest.

I would say, even start investing if you have debt with an interest rate as high as 14% even if you’re only able to afford maybe $50 a month investing. Just getting started investing that money is going to create the habit so when you have more money, you’re ready to really make it work for you.

And don’t think those little investments won’t matter. Investing just $50 a month will grow to over $91,000 by retirement if you start at age 30. Wait until you’re 40 though and you’ll have less than half that. 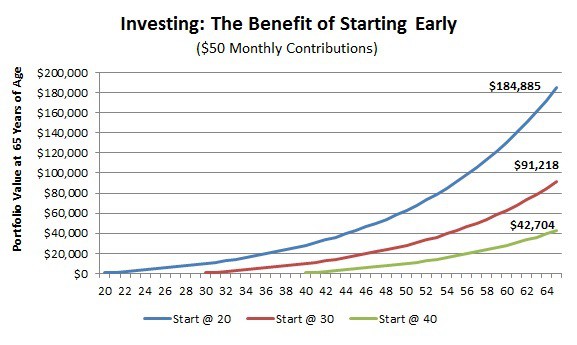 The Big Money Question for Couples

Our next question is going to be a controversial one, should you pay off your partner’s loans?

Ooh, I know a few couples just turned their heads to look at each other on that one.

First off, everyone needs to have that money conversation throughout the relationship. That means before getting married and throughout the marriage. Money doesn’t have to be taboo and you don’t have to wait for it to be a fight before you talk.

Talk about your long-term goals and how you’re going to pay for them. Take a hard look at your spending habits to see if those goals are even possible. We did a great interview with Sarah Li Cain about money and relationships with some ideas on how to have that money conversation.

To the question though, should you pay your partner’s debts? Well, if you’ve combined finances then you already are. Even if you haven’t combined finances, are those debts going to get in the way of your goals? Do you have the same types of debts?

So while you’re only legally responsible for the debts your partner takes on while you’re married, those debts they had before are still going to affect your relationship so it might be better just to pay them off.

Is there a Thing as Good Debt?

Our next question is one I’ve been fighting with other personal finance experts for years, is it better to be debt free or just free of bad debt.

Now one very popular money expert, I won’t mention any names – let’s just call him Rave Damsey, would tell you that all debt is bad and debt free is the only way to go.

My days as an equity analyst have led me to disagree. No successful company would dream of not using debt as a financing tool. They use debt to borrow at low rates and reinvest in the business. Even Apple, a company with more than $74 billion in cash at the end of 2017 owes over $97 billion in long-term debt.

Why doesn’t Apple pay off some of that debt with it’s cash? Because it can borrow cheap and invest the money and it’s the same way with your finances.

I owe more than $60,000 in student loans. No lie. Sixty grand on student loans from six years for my bachelor degrees and a masters’. I also have over $260,000 in investments and own two rental properties.

Why not pay off those student loans? Because I refinanced in 2003 at a 3% interest rate and I get returns four-times that on things like peer loans and stocks.

Following the credit score hacks in this series of videos, you’ll get the lowest rates on debt. That means getting the money you need for those important things, things that are going to make your life happier and more fulfilling like a home and an education.

Don’t be afraid of debt. Use it like the tool it is.

The Question about Credit Cards Everyone Gets Wrong

Here’s an easy money question that Hank Coleman of Money Q&A gets a lot.

Are credit card rewards programs worth it.

This is a tough one because credit cards can be like financial weapons of mass destruction for a lot of people. Credit card companies know how to get you to overspend, that’s their job.

We have two cards with rewards programs, one for airline miles because I travel a lot to conferences and speaking engagements, and another that puts cash back into our son’s 529 education account. I pay the balance every month so it never costs us any interest but we get these rewards.

The problem is, there are a lot of little hidden traps in these programs. Even if you’re able to pay the balance every month, some come with an annual fee that can wipe out a hundred dollars’ worth of points. We’re also psychologically wired to spend more if we’re using plastic instead of cash so there may be no way to avoid some of these traps.

If you think you might want to use a rewards card, shop around for one that doesn’t charge an annual fee. Try it for a year and then take a hard look at how much you paid in interest or fees and what the rewards were worth.

The First Money Question You Should be Asking

The next debt question is one I actually don’t want to answer because it’s not really something you can answer without knowing someone’s specific situation. The question comes from Jake Townsend and it’s this, “What do I do if I can’t pay all my bills one month? How do I decide which debt to pay?”

So Jake there’s a lot here. First off, figure out which bills you can pay and how many you might miss. The worst thing you can do is to ignore those unpaid bills until the next month so at least you’re thinking proactively.

If it’s the first time then you can usually call credit card companies or some other creditors and ask for an extension. Late payments don’t get reported on your credit until they’re more than 30 days past due but this might also save you from paying late fees as well.

If it looks like it’s going to be longer before you can make monthly payments, you might consider a consolidation loan, something we covered in our fifth video in the series. That might lower your rate enough and your payments to get out ahead.

Of course, the question you need to ask is what happened to get you into this mess? Is there any way to make a little extra cash over the next couple of months to fill that gap.

If it comes to the worst case scenario, and I hate to even talk about this because it goes against everything we’ve covered in this debt payoff series, if it looks like you might have to file bankruptcy then make sure you at least keep paying those debts that aren’t going to be written off. These are going to be debts like your mortgage, student loans and maybe your car loan. 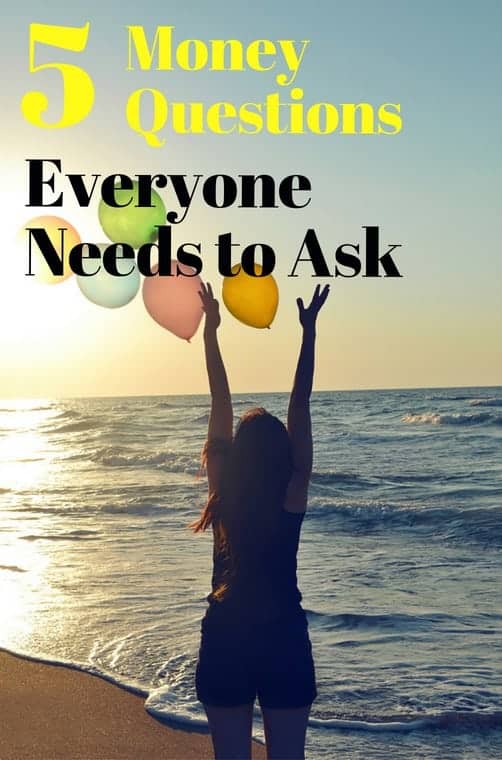 Our last money question is a fun one, What should you do after reaching debt-free?

The answer, what shouldn’t you do!

Now you want to avoid making the same debt mistakes that got you into the mess but you’re going to have the whole world open up to you without that debt. What I will say is there are a few things you should consider while you’re enjoying your new debt-free happiness.

Put a little more money to your investing goals now that you’re debt free. We’ve got a great starting investing video series on the channel that will help you set your goals and find exactly how to get there.

Don’t forget to have at least three months’ worth of expenses in an emergency fund. I wouldn’t say you need as much as six months like some people say but definitely a few months to handle job loss or unexpected medical bills. Just one of these emergencies can send you right back into debt and wipe out everything you worked hard to achieve.

Finally is just to manage your spending mindset. It can be tragically easy to fall back into those bad spending habits you kicked. When you were paying off debt, you had to watch your spending. Now that you’re debt free, you might not have that forced discipline and it can be really easy to start letting commercials tell you what you need.

Every few months, try doing a spending challenge. Budget out that same amount you were paying to debt and put it in a savings or investment account. Now you’re forced to live on the rest of your income without that amount. This is not only going to grow your investments faster but it’s going to remind you what life was like when you had no extra money, when every penny was going to paying off the debt.

These aren't the only money questions you'll face while adulting but they are the most common most people see. Many of these money questions will come up time and again until you confront them so it's best to find your answer as fast as possible.